Our florists love making bouquets and arrangements for UK flower delivery, and we can send flowers to Flitwick, Bedfordshire for you. We have a wide range of Roses, Freesia flower bouquets, and Lilies, as well as Classic Bouquets and our Colourful flower Bouquets, and our range of Flowers under £21.00. Our home page provides more information on our extensive range of next-day flower delivery services, all of which are available for next day UK flower delivery to Flitwick, Bedfordshire, Or indeed anywhere in the UK! When you're thinking of a gift to give on birthdays, anniversaries, Mother's Day, Valentine's Day and other occasions, why not send flowers to Flitwick, Bedfordshire? Through us, you can choose from a variety of bouquets to those close to your heart. We also offer next-day delivery service in case you want your blooms to arrive right on schedule. So if you want flowers delivered on special occasions, make sure to order flowers for delivery to Flitwick, Bedfordshire. Best of all, our seven day freshness guarantee means you can rest assured knowing your special someone will enjoy their flowers for days after delivery.

Most popular flowers sent to Flitwick, Bedfordshire this month 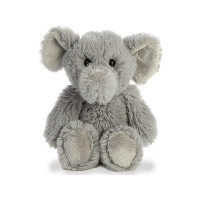 Flitwick is a small town centered in Bedfordshire on the River Flit. Every Friday an open-air market sells produce and local wares including fruit, vegetables and flowers from Flitwick and the surrounding countryside. The village dates back to at least 1066 and the Norman Conquest of England, as it is mentioned in the Domesday Book.

Historians have found evidence of permanent settlements in the area dating back to at least 4000 BCE, but the town became more important when the Romans built a road here. The current Windmill Road in Flitwick follows the route of the ancient Roman road. The Saxons took over the area and evicted the Romans, establishing their own farms and building a church.

The village lies among acres of rolling meadows and fields, anchored by the gracious Georgian mansion Flitwick Manor. The home is now a 4-star Menzies Hotel offering luxury accommodations for visitors from London and elsewhere. The manor house hotel is rumoured to be haunted by the ghost of a housekeeper or perhaps the daughter of the original owner’s wife.  Elsewhere in Flitwick, archaeological evidence exists of a Norman-era castle, known to locals as “The Mount.”

Flitwick hosts their annual Carnival and Parade in June, a fine time to celebrate Summer in the country with friends and family. The Flitwick Gardener’s Association stays busy year-round, hosting shows and exhibitions three times yearly. In the spring, The Association highlights spring flowers in Flitwick, including daffodils, tulips and other early bloomers.  Another show follows in the summer, when gardeners can display their vegetables, arts and crafts.

In August, the Fall Gardener’s Association Show is the biggest of the year combining harvest festival with flower and garden displays.  The themes include heaviest pumpkin, largest vegetable and so forth. Junior members display decorated pumpkins and their own home-grown delicacies.

Celebrate each season with flowers in Flitwick by ordering flower arrangements and decorations with Clare Florist. We stock a wide range of flowers perfect for every occasion, or simply to say “thank you” to a special someone in your life. Order today for delivery tomorrow!

Our flowers delivery services in Flitwick, Bedfordshire are usually made by DPD or Royal Mail Special Delivery. 99.9% of our flowers are delivered by 5pm on the requested day - (more commonly before noon), except UK Public Holidays. We also offer a range of next-day flower delivery options in Flitwick, Bedfordshire - specific information is available during checkout.