Our florists love making bouquets and arrangements for UK flower delivery, and we can send flowers to Langford, Bedfordshire for you. We have a wide range of Roses, Freesia flower bouquets, and Lilies, as well as Classic Bouquets and our Colourful flower Bouquets, and our range of Flowers under £21.00. Our home page provides more information on our extensive range of next-day flower delivery services, all of which are available for next day UK flower delivery to Langford, Bedfordshire, Or indeed anywhere in the UK! When you're thinking of a gift to give on birthdays, anniversaries, Mother's Day, Valentine's Day and other occasions, why not send flowers to Langford, Bedfordshire? Through us, you can choose from a variety of bouquets to those close to your heart. We also offer next-day delivery service in case you want your blooms to arrive right on schedule. So if you want flowers delivered on special occasions, make sure to order flowers for delivery to Langford, Bedfordshire. Best of all, our seven day freshness guarantee means you can rest assured knowing your special someone will enjoy their flowers for days after delivery.

Most popular flowers sent to Langford, Bedfordshire this month 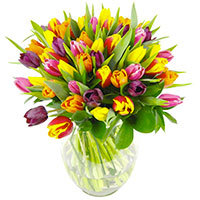 Langford is a small village located in the central Bedfordshire county of the eastern part of England. It’s found on the mid-eastern portion of the country. The village is built beside the River Ivel, which flows mostly through Bedfordshire. In 2001, the village had 2,882 residents. Langford has a beautiful sign at the beginning of town with the words “The Saxon Settlement by the Long Ford”, and four paintings, of the church, a river scene with birds, a man and a woman at work, and of a man with his working horse. The village is nearest to Biggleswade by a road along the south, and takes five kilometres to reach there.

The history of Langford can be traced back to 944 AD. The village has Saxon origins. Back then, the river had several fording points, but it has now widened. The word Langford actually means “long ford”, and could have referenced the length of the entire settlement. It used to be a straggly village, and had two or three fords, which are now gone. The village now begins at the Baulk Corner and ends at Running Waters in the north.

Langford is listed in the Domesday Book of 1086, with a mere 21 people living in the village at that time. In the Domesday book the only assets are listed as two mills, belonging to Walter of Flanders.

Prior to 1086 the Lord of Langford was named Lewin. He was a thane of Edward the Confessor. Later, William the Conqueror gave the village to Walter le Fleming. Walter had a descendent named Simon de Wahull, and in 1142 he gave the land to the Knights Templar.

The parish church is called St. Andrews. This church is a protected listed building. The church has an entrance tower with crenellations at top. Its grounds are meticulously maintained, with a vast green lawn covering a cemetery. The Knights then became the Lords of the Manor of Langford Rectory.

The village of Langford has a memorial field in memory of King George V, called “King George’s Field”, where a youth’s football team plays, and the Langford Cricket Club. Here are also plenty of other lovely outdoor regions, including the Henlow Common and Langford Meadows Local Nature Reserve. This reserve flows over forty-seven acres. Even though it has the Henlow name, it is officially located in Langford. The name was established in 1985. There is a notable river flowing through the Reserve which used to be called Dams Ditch, but is now called Adams Ditch.

The local Langford football club plays at Forde Park. There are both men’s and women’s football teams.

If you’re looking to send flowers to Langford, Bedfordshore, we have a large stock of beautiful types and varieties. You can choose from traditional floral gifts, or a modern floral display. We have many lovely containers, vases, and baskets for your gift. Order today, and we can make up your order, and have it delivered to Langford, Bedfordshire the next day.

Our flowers delivery services in Langford, Bedfordshire are usually made by DPD or Royal Mail Special Delivery. 99.9% of our flowers are delivered by 5pm on the requested day - (more commonly before noon), except UK Public Holidays. We also offer a range of next-day flower delivery options in Langford, Bedfordshire - specific information is available during checkout.