Our florists love making bouquets and arrangements for UK flower delivery, and we can send flowers to Odell, Bedfordshire for you. We have a wide range of Roses, Freesia flower bouquets, and Lilies, as well as Classic Bouquets and our Colourful flower Bouquets, and our range of Flowers under £21.00. Our home page provides more information on our extensive range of next-day flower delivery services, all of which are available for next day UK flower delivery to Odell, Bedfordshire, Or indeed anywhere in the UK! When you're thinking of a gift to give on birthdays, anniversaries, Mother's Day, Valentine's Day and other occasions, why not send flowers to Odell, Bedfordshire? Through us, you can choose from a variety of bouquets to those close to your heart. We also offer next-day delivery service in case you want your blooms to arrive right on schedule. So if you want flowers delivered on special occasions, make sure to order flowers for delivery to Odell, Bedfordshire. Best of all, our seven day freshness guarantee means you can rest assured knowing your special someone will enjoy their flowers for days after delivery.

Most popular flowers sent to Odell, Bedfordshire this month 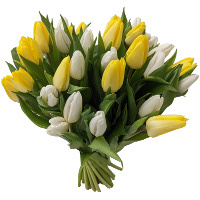 The smallest of the Ouse valley villages, Odell is a small, thriving community in the north of Bedfordshire. The village lies close to the borders of Buckinghamshire and Nottinghamshire. Although very much a farming community, Odell is also linked to lacemaking and the leather industry. The villages of Harrold, Felmersham, Sharnbrook and Carlton are located close by.

There is evidence that Odell was occupied before the Roman invasion. A farm dating to before that period was found and it comprised of two round timber buildings inside a fenced enclosure, as well as two cremation pits.

The area where the present village lies is part of the five or more hides of Levenot, a thane of King Edward the Confessor. By this time, the village was already known as Wadelle or Wadehelle which means “the hill were woad grows.”

William the Conqueror and his Normans took control over lots of regions in England after the battle of Hastings. The lands owned by Levenot were then given to Walter Flandrensis, the Count of Flanders, who was also recorded as Walter de Wahul.

Odell is listed in the Domesday Book as being part of the parish of the Hundred of Willey.

The de Wahul family dominated much of Odell and spawned a series of interesting characters, one of which was Simon de Wahul who was described by the Archbishop of Canterbury as an “invader” of Ramsey Abbey.

By the 16th century, Odell was known by the name it carries today. The de Wahul dynasty ended when Richard (the son of Agnes Woodhall, a descendant of the Odells) sold the estate to William Alston.

Whether you explore Odell or go beyond its borders, you'll find many sites of interest. You can even take a date here and explore what the village has to offer. In order to make the trip have a romantic note, why not give Odell flowers when you're having a nice meal or before your journey begins. And when you can't find flowers in Odell to present, you can always send flowers to Odell by placing an order through our site.

That said, here's a look at what you can find in Odell and beyond:

Church of All Saints – dates back to the 15th century and is built of limestone from Northamptonshire.

Santa Pod Raceway – a motorsport venue that is home to European FIA Drag Racing. The venue is the first permanent drag racing venue in Europe. It was built on an air base from the Second World War that was no longer used.

Cowper and Newton Museum – located in Olney, this museum celebrates the works and lives of two of its famous residents: poet William Cowper and slave trade abolitionist John Newton.

Moggerhanger Park – set in 33 acres of parkland and woodland, this Georgian Historic House is a venue for conferences, corporate events and weddings. The house is Grade I listed and was designed by eminent architect John Soane. Although used for private functions and public events, the house is open for guided tours as well.

Do you want to cheer someone up? How about give them a present during a special occasion? Whichever you want to do, we can help you out! We are an online florist providing next-day delivery service to Odell. Through us, you can send flowers to Odell to people close to your heart. We have an interesting collection of floral arrangements that are perfect for any occasion, be it anniversaries, birthdays, Mother's Day, Valentine's Day and so much more. So if you want your floral bouquet delivered at just the right time, make sure to order flowers for delivery to Odell at the earliest possible time.