Our florists love making bouquets and arrangements for UK flower delivery, and we can send flowers to Frenchay, Bristol for you. We have a wide range of Roses, Freesia flower bouquets, and Lilies, as well as Classic Bouquets and our Colourful flower Bouquets, and our range of Flowers under £21.00. Our home page provides more information on our extensive range of next-day flower delivery services, all of which are available for next day UK flower delivery to Frenchay, Bristol, Or indeed anywhere in the UK! When you're thinking of a gift to give on birthdays, anniversaries, Mother's Day, Valentine's Day and other occasions, why not send flowers to Frenchay, Bristol? Through us, you can choose from a variety of bouquets to those close to your heart. We also offer next-day delivery service in case you want your blooms to arrive right on schedule. So if you want flowers delivered on special occasions, make sure to order flowers for delivery to Frenchay, Bristol. Best of all, our seven day freshness guarantee means you can rest assured knowing your special someone will enjoy their flowers for days after delivery.

Most popular flowers sent to Frenchay, Bristol this month 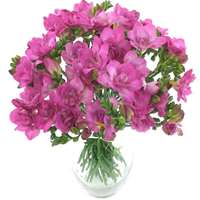 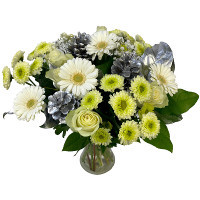 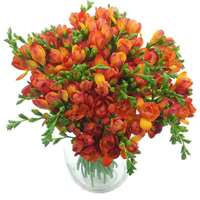 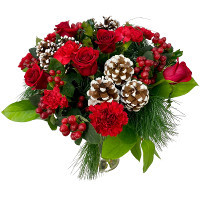 Frenchay, Gloucestershire is now a Bristol suburb to the north east of the city. It was once a village in its own right and still has many of the period houses and properties throughout.

Most Famous Landmarks in Frenchay

If you know about World War I, you have likely heard of the most famous landmark in the village. It was the home of Frenchay Hospital, which was expanded during the Great War by the U.S. Army. This was the place that soldiers were brought for treatment after the D-Day landings. It remained as functioning hospital throughout the decades, until it’s A&E closure in 2014. Despite all hopes of keeping the major burns unit open, it merged with a local hospital and the building is likely to be torn down.
Other landmarks include St. John the Baptist Anglican Church and the Quaker Meeting House, which is the oldest religious building in the area.

Home of a Chocolate Manufacturer

When you think of British chocolate, there are chances you consider Cadbury’s. However, Frenchay is the home of the company that made the first ever commercial chocolate bar throughout the world: J S Fry & Sons.

Joseph Storrs Fry was one of the Quaker merchants from Bristol, who made a home in Frenchay. Moving to the area in the 1800s, he helped to replace the old Quaker Meeting House with the one that still stands today.

Our flowers delivery services in Frenchay, Bristol are usually made by DPD or Royal Mail Special Delivery. 99.9% of our flowers are delivered by 5pm on the requested day - (more commonly before noon), except UK Public Holidays. We also offer a range of next-day flower delivery options in Frenchay, Bristol - specific information is available during checkout.