Most popular flowers sent to Hughenden Valley, Buckinghamshire this month 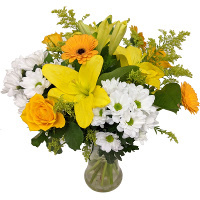 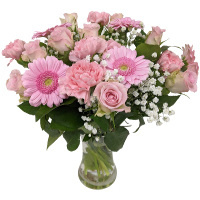 Hughenden Valley is a large village located in Buckinghamshire, on the lower mid-eastern portion of England. It’s located within the Wycombe district of the county, north of High Wycombe. It flows over thirty-two square kilometres of land. The land it’s situated on is arable and wooded. There are over 8500 residents living in this region.

In the past, Hughenden was named Hughenden and Hitchenden before setting on its modern name. In the Domesday book it was called Huchedene, which means “Hugh’s Valley” in modern English. Like many villages in England, there is some dispute over the origins of the name. Some say that it’s not actually related to the French Hugh, but rather the Anglo Saxon Huhha. In the Domesday book, Odo, the Bishop of Bayeux owned extensive estates in the village. Odo was the half brother of William the Conqueror.

There have been many ancient manors in Hughenden over the years. King Henry I, King Henry VIII and Simon de Montfort have all owned property in this parish.

Hughenden Manor is one of the older estate buildings that still remains. The Earl of Beaconsfield, Benjamin Disraeli, used to live here. This mansion was built during the Georgian times and purchased in 1848 by the Disraelis family. The manor was built on the brow of the hill, with a road to the west.

The Church of St. Michael and All Angels is nearby, with many notable residents buried in the graveyard, including the Earl of Beaconsfield. Queen Victoria also had a memorial to the Earl built at this location. In fact, it’s the only time that the reigning monarch has ever had a memorial erected to a subject.

In 1947, the estate was given to the National Trust. They also own the woodlands that surround the estate.

The Church was also notable for allowing marriages for people who did not live in the region. Hughenden is noted for many clandestine marriages, and this has been backed up by extensive parish records.

Hughenden Valley has many amenities including schools, businesses, and a village hall. There was a post office but it was closed and made into a private house.

Hughenden Manor holds many events throughout the year. Some are based on seasons, such as the Rusty Rabbit Activity Trail, and the Bulb Bonanza. There are also exhibitions about the Disraeli family, and ranger walks where local spring flowers and woodland plants are pointed out to the walkers. Some days they open extra rooms in the Manor that aren’t normally shown to the public.

Do you want to send flowers to Hughenden Valley, Buckinghamshire? If you make your floral selections today, we can make up your order and have it delivered to your loved one in Hughenden Valley by tomorrow. Imagine how surprised they will be when they see your thoughtful gift!

Our flowers delivery services in Hughenden Valley, Buckinghamshire are usually made by DPD or Royal Mail Special Delivery. 99.9% of our flowers are delivered by 5pm on the requested day - (more commonly before noon), except UK Public Holidays. We also offer a range of next-day flower delivery options in Hughenden Valley, Buckinghamshire - specific information is available during checkout.