Our florists love making bouquets and arrangements for UK flower delivery, and we can send flowers to Penzance, Cornwall for you. We have a wide range of Roses, Freesia flower bouquets, and Lilies, as well as Classic Bouquets and our Colourful flower Bouquets, and our range of Flowers under £21.00. Our home page provides more information on our extensive range of next-day flower delivery services, all of which are available for next day UK flower delivery to Penzance, Cornwall, Or indeed anywhere in the UK! When you're thinking of a gift to give on birthdays, anniversaries, Mother's Day, Valentine's Day and other occasions, why not send flowers to Penzance, Cornwall? Through us, you can choose from a variety of bouquets to those close to your heart. We also offer next-day delivery service in case you want your blooms to arrive right on schedule. So if you want flowers delivered on special occasions, make sure to order flowers for delivery to Penzance, Cornwall. Best of all, our seven day freshness guarantee means you can rest assured knowing your special someone will enjoy their flowers for days after delivery.

Most popular flowers sent to Penzance, Cornwall this month 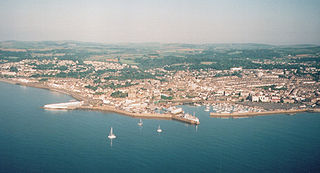 Penzance is situated in the West of Cornwall and is only 10 miles from Lands End. The ancient market town was named 'Pen Sans' in Cornish, which means 'Holy Headland', after the chapel which was first built on the west side of the harbour over 1000 years ago. The town has a population of around 20,000 and is home to the most westerly harbour on the English Channel. From here you can catch a ferry to the Isles of Scilly, which are located only 28 miles from Lands End.

With one of the warmest climates in the UK, thanks to its sheltered position within Mount's Bay, the flowers bloom from early Spring to late Autumn. If you're looking for flower delivery in Penzance then you'll be spoilt by the choice of tropical flowers and palm trees that brighten up the promenade.

The National Trust's Trengwainton Gardens is one of the town's main tourist attractions, with outstanding displays of Rhododendrons and Azaleas. You can also see a number of trees and shrubs that only grow outdoors in Penzance at the town's Marrab Gardens. For another tropical experience, there's the Paradise Park Bird Sanctuary, which is home to a number of rare and exotic birds, including parrots and birds of prey.

Penzance flower delivery from the experts at Clare Florist

Penzance is a major commercial centre in the west of Cornwall. Shoppers will be spoiled for choice, with a great selection of major chains, as well as local boutiques and established Cornish companies. The Wharfside Shopping Centre houses many well-known stores, whereas the 18th and 19th century streets along Causewayhead and Arcade Steps offer independent shops.

A large portion of the town is part of a conservation area, including the wealth of Regency and Georgian terraces. The Jubilee Bathing Pool on the seafront is an open-air seawater pool and one of the few Art Deco baths left in the country.