Our florists love making bouquets and arrangements for UK flower delivery, and we can send flowers to Santon Bridge, Cumbria for you. We have a wide range of Roses, Freesia flower bouquets, and Lilies, as well as Classic Bouquets and our Colourful flower Bouquets, and our range of Flowers under £21.00. Our home page provides more information on our extensive range of next-day flower delivery services, all of which are available for next day UK flower delivery to Santon Bridge, Cumbria, Or indeed anywhere in the UK! When you're thinking of a gift to give on birthdays, anniversaries, Mother's Day, Valentine's Day and other occasions, why not send flowers to Santon Bridge, Cumbria? Through us, you can choose from a variety of bouquets to those close to your heart. We also offer next-day delivery service in case you want your blooms to arrive right on schedule. So if you want flowers delivered on special occasions, make sure to order flowers for delivery to Santon Bridge, Cumbria. Best of all, our seven day freshness guarantee means you can rest assured knowing your special someone will enjoy their flowers for days after delivery.

Most popular flowers sent to Santon Bridge, Cumbria this month 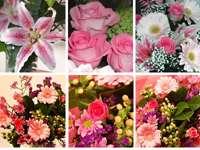 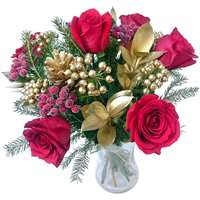 The small village of Santon Bridge forms part of the English county of Cumbria and is best known for hosting a yearly World's Biggest Liar competition which draws competitors from around the world. Anyone can enter besides politicians or lawyers as they are deemed to be so skillful at lying they would have an unfair advantage. This delightfully preposterous contest has its roots in another village named Wasdale Head whiere a 19th century publican, Will Ritson, made up silly stories for theh amusement of his patrons.

Santon Bridge is known for the River Itr which runs through the gloriously scenic Wasdale valley. The name of the village originates from the Old English bridge beside the sandy farmstead. A nearby sandpit produces distinctive silver sand.

These days Santon Bridge attracts many climbers looking to attempt Scafell Pike as well as nearby Wast Water. Santon Bridge is siuated on a small road by Eskdale Green or can be reached via the A595 north-east of Ravenglass.

As of 2011, the population of Santon Bridge was recorded as being 316, making the village agreeably small and quiet for those seeking to get away from it all. Residents and visitors alike enjoy the relaxed pace of life here which feels like it is a million miles removed from the stresses and pressures of the big city.

If you have friends, family or loved ones here and you'd like to send flowers to Santon Bridge, look no further than Clare Florist. We can have a fresh bouquet of beautiful flowers delivered to Santon Bridge within 24 hours which means you can breathe a sigh of relief if you have an important occasion imminent. Whether it's a bouquet of flowers for a birthday, anniversary, Mother's Day, Valentine's Day or other special day, we can arrange fast and free flower delivery to Santon Bridge.

Our flowers delivery services in Santon Bridge, Cumbria are usually made by DPD or Royal Mail Special Delivery. 99.9% of our flowers are delivered by 5pm on the requested day - (more commonly before noon), except UK Public Holidays. We also offer a range of next-day flower delivery options in Santon Bridge, Cumbria - specific information is available during checkout.