Our florists love making bouquets and arrangements for UK flower delivery, and we can send flowers to Westnewton, Cumbria for you. We have a wide range of Roses, Freesia flower bouquets, and Lilies, as well as Classic Bouquets and our Colourful flower Bouquets, and our range of Flowers under £21.00. Our home page provides more information on our extensive range of next-day flower delivery services, all of which are available for next day UK flower delivery to Westnewton, Cumbria, Or indeed anywhere in the UK! When you're thinking of a gift to give on birthdays, anniversaries, Mother's Day, Valentine's Day and other occasions, why not send flowers to Westnewton, Cumbria? Through us, you can choose from a variety of bouquets to those close to your heart. We also offer next-day delivery service in case you want your blooms to arrive right on schedule. So if you want flowers delivered on special occasions, make sure to order flowers for delivery to Westnewton, Cumbria. Best of all, our seven day freshness guarantee means you can rest assured knowing your special someone will enjoy their flowers for days after delivery.

Most popular flowers sent to Westnewton, Cumbria this month 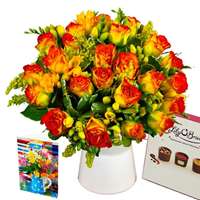 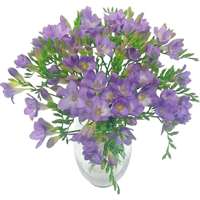 Westnewton, Cumbria is a beautiful small village and civil parish located in the Allerdale District, which lies to the north west of the Lake District National Park, and just off the Solway coast, one of the features of this village is the winding beck, simply known as Westnewton Beck which intertwines with the main road through the village running back and forth to the left and right of the road, this adds a certain charm and appeal to the village. Surrounded by farmland with hedges that encourage local wildlife and flowers this is certainly a village set in a beautiful landscape.

Although it’s neighbour, Allonby dates back to bronze ages and was a key defensive location to Scotland throughout Roman times, Westnewton historically is more modern and began its life as a series of farmsteads that were built in the valley, further development  saw the introduction of residential homesteads and in more modern times, the addition of a housing estate to the village as it spread across the valley, to this day there are still active farmsteads as well as buildings dating back several centuries, including a rather attractive church and vicarage.

The origins of the name, Westnewton is derived from its lords of the manor in the 12th and 13th century who were the De Neuton family, it was then passed on to the Musgrave and Hylton and in the late 15th century Martindale family until finally in the 19th century it was owned by the Joliffe family up until the 20th century. Today the village thrives on its agricultural origins and another of the key features of the village are the surrounding working fields that add to the natural beauty of its locale.

If you have family or relatives in this beautiful village a perfect gift could be flowers and online florists such as Clareflorist so if you are wanting to send flowers to Westnewton, whether for a special occasion such as flowers for Mother’s Day, that extra special birthday bouquet or a romantic gesture then sending flowers to Westnewton is certainly a great gift idea.