Our florists love making bouquets and arrangements for UK flower delivery, and we can send flowers to Whitehaven, Cumbria for you. We have a wide range of Roses, Freesia flower bouquets, and Lilies, as well as Classic Bouquets and our Colourful flower Bouquets, and our range of Flowers under £21.00. Our home page provides more information on our extensive range of next-day flower delivery services, all of which are available for next day UK flower delivery to Whitehaven, Cumbria, Or indeed anywhere in the UK! When you're thinking of a gift to give on birthdays, anniversaries, Mother's Day, Valentine's Day and other occasions, why not send flowers to Whitehaven, Cumbria? Through us, you can choose from a variety of bouquets to those close to your heart. We also offer next-day delivery service in case you want your blooms to arrive right on schedule. So if you want flowers delivered on special occasions, make sure to order flowers for delivery to Whitehaven, Cumbria. Best of all, our seven day freshness guarantee means you can rest assured knowing your special someone will enjoy their flowers for days after delivery.

Most popular flowers sent to Whitehaven, Cumbria this month

Get fresh flowers delivered to Whitehaven with Clare Florist 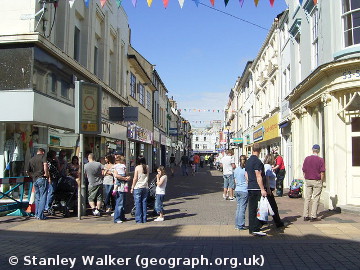 Whitehaven is a small port situated on the north west coast of England, in Cumbria. There has been a settlement in the locality since Roman times and the area became important in the Middle Ages when the Priory of St Bees owned Whitehaven until the monasteries were dissolved in the mid 16th century. Given its situation on the coast, Whitehaven's harbour has always been the focal point of the town. Although its main trade in coal has declined, the harbour has been renovated and featured in publicity for millennium projects in the early 2000s.

The harbour is also the setting for a Maritime Festival, held every two years, which attracts large numbers of visitors to the town and which now includes food and music festivals as part of the general festivities. Whitehaven's setting at the edge of the Lake District make it an ideal location for festivals and markets specialising in foods, such as lamb and beef, reared locally on the fells.

The town also has a long association with flowers. William Wordsworth, the famous 19th century poet, was a frequent visitor to the town to call on relatives who lived there. His association with Whitehaven is commemorated with several floral displays, particularly in the spring, centred on daffodils, the flower most identified with him. Whitehaven flowers play a considerable part in the town and delivery is easily facilitated by excellent transport links, particularly the railways, which were developed in the 19th century to move coal to and from the harbour.

The perfect gift for your friends in Whitehaven

Whitehaven has achieved an interesting claim to fame in recent years. In 2008 it was selected as the area where the first digital switchover from terrestrial television would take place.

The town is surrounded by several smaller communities, such as Workington and St Bees and Whitehaven flowers are easily deliverable to a substantial local area of small urban and rural settlements.