Our florists love making bouquets and arrangements for UK flower delivery, and we can send flowers to Workington, Cumbria for you. We have a wide range of Roses, Freesia flower bouquets, and Lilies, as well as Classic Bouquets and our Colourful flower Bouquets, and our range of Flowers under £21.00. Our home page provides more information on our extensive range of next-day flower delivery services, all of which are available for next day UK flower delivery to Workington, Cumbria, Or indeed anywhere in the UK! When you're thinking of a gift to give on birthdays, anniversaries, Mother's Day, Valentine's Day and other occasions, why not send flowers to Workington, Cumbria? Through us, you can choose from a variety of bouquets to those close to your heart. We also offer next-day delivery service in case you want your blooms to arrive right on schedule. So if you want flowers delivered on special occasions, make sure to order flowers for delivery to Workington, Cumbria. Best of all, our seven day freshness guarantee means you can rest assured knowing your special someone will enjoy their flowers for days after delivery.

Most popular flowers sent to Workington, Cumbria this month 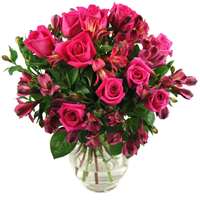 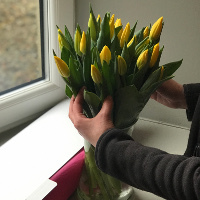 Flower Delivery to Workington in Cumbria with Clare Florist


Cumbria is a part of rural England that surprisingly perches on the wild side. It is crammed in the northwestern part of the country, covered by slate-capped fells and surrounded by sweeping valleys and drystone walls. Although known for being packed with natural drama, Cumbria contrastingly has sprung towns with bustling streets and shops. One such town is Workington.

Workington started out as a small coastal town situated in the mouth of the Derwent River. In the 18th century, traders and townspeople started exploiting coal pits and local iron ore. This brought the town a steady source of income and this later facilitated its development to become a market and industrial town. It experienced continuous progression in trade and economy, eventually becoming the successful market town that it is now.

Today, Workington is bustling with modern streets and various high end shops. It has become very well developed that it’s even so easy to send flowers to Workington.

Attractions most popular in the town of Workington include:

This museum was donated to the town by the local philanthropist Helena Thompson in 1940. It houses beautiful displays of silver, glass, pottery and furniture dating from the Georgian times. It also has records of Workington’s social and industrial history.

Constructed around a 14th century pele tower, the Workington Hall is known as one of the best Manor houses standing in the region. The striking ruin was once a property of the famous Curwen family, the Lords of the Manor of Workington. It once provided shelter to Mary Queen of Scots before she was imprisoned and executed.

Situated near the Workington Hall and Mill Field is the Curwen Park. It is popular with cyclists, dog walkers, and even people who simply want to enjoy the sights of trees and flowers in Workington.

Jane Pit is a coal mine that was built by the powerful Henry Curwen in the 19th century. Although it is in ruins now, its remains may be viewed on Mossbay’s public open space.

In the 1800s, John Christian Curwen had a model farm built and this was called the Schoose farm. It features adjoining barns, a windmill, a curtain wall and a gatehouse. Today, it is being used for livestock contractors and as a static caravan site.

Catering to family entertainment in Workington is the Eclipse Leisure Centre. It has 12 ten-pin bowling lanes that each has children’s bumpers. A 30-gun Quasar laser tag arena can also be found inside the leisure centre.

In the past, the town of Workington was also big on theatrical arts. Its 3 main theatres: The Workington Opera House, the Theatre Royal and the Carnegie Theatre were home to a lot of top acts including Shirley Bassey and Tommy Cooper.

Four cinemas also once stood in Workington. These are the Oxford, the Ritz, the Hippodrome and the Carnegie. Unfortunately, these have been closed and now replaced by the Plaza Cinema.

The town of Workington is a place that offers the best of both nature and the commercial world. Whether it is shopping you want or simply enjoying the scenic views of meadows and Workington flowers, the town can guarantee you an enjoyable stay. It is even an ideal base from which you can explore the Western Lakes and is a great starting point for the C2C or Coast to Coast route.