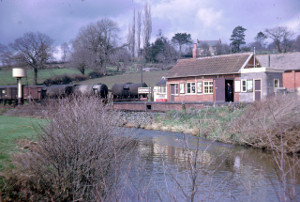 Send flowers to someone you love in the village of Hemyock

Hemyock is a village in Devon with a population of around 2000, including residents of the surrounding hamlets. It is the largest village on the Blackdown Hills, which have been declared an Area of Outstanding Natural Beauty.

The village has a proud tradition of farming. It's the birthplace of the Young Farmers Club and much of its original wealth came from sheep farming and the wool industry. There is evidence of this history around the village, such as the whetstones that support the church gate of St. Mary's, traditionally used for sharpening scythes.

Notable people from Hemyock include the famous Quaker chocolate producer John Cadbury and Lord chief Justice Sir John Popham, speaker of the house of commons from 1580-1583.

Flower delivery in Hemyock is quick and easy with Clare Florist

Hemyock castle was originally a manor house, given permission in 1380 to 'crenellate' (fortify itself against invasion) by King Richard II. It was under siege during the civil war and eventually ruined to prevent its being of further military use to the parliamentarians. Parts of the walls, the tower and the moat remain and are a scheduled ancient monument. They're privately owned nowadays, but you can arrange tours around the site for groups and there are public open days. The Hemyock Village Trail starts and ends at the castle, taking in other sites of interest on the way.

Hemyock and the surrounding area have several lovely plant nurseries, one of which won an award in 2007 for its entry in the Hampton Court Flower Show! In the village itself there's regular flower shows in the Parish Hall, along with other local events such as a farmer's market. The parish churches also hold regular fetes and events and some of these are a great opportunity to purchase locally grown flowers and plants. But when you need flowers delivered, then Clare Florist's online service is staffed by friendly and attentive staff who will be pleased to help you to arrange flower delivery in Hemyock and the wider area.

Most popular flowers sent to Hemyock, Devon this month

Our florists love making bouquets and arrangements for UK flower delivery, and we can send flowers to Hemyock, Devon for you. We have a wide range of Roses, Freesia flower bouquets, and Lilies, as well as Classic Bouquets and our Colourful flower Bouquets, and our range of Flowers under £21.00. Our home page provides more information on our extensive range of next-day flower delivery services, all of which are available for next day UK flower delivery to Hemyock, Devon, Or indeed anywhere in the UK! When you're thinking of a gift to give on birthdays, anniversaries, Mother's Day, Valentine's Day and other occasions, why not send flowers to Hemyock, Devon? Through us, you can choose from a variety of bouquets to those close to your heart. We also offer next-day delivery service in case you want your blooms to arrive right on schedule. So if you want flowers delivered on special occasions, make sure to order flowers for delivery to Hemyock, Devon. Best of all, our seven day freshness guarantee means you can rest assured knowing your special someone will enjoy their flowers for days after delivery.

Our flowers delivery services in Hemyock, Devon are usually made by DPD or Royal Mail Special Delivery. 99.9% of our flowers are delivered by 5pm on the requested day - (more commonly before noon), except UK Public Holidays. We also offer a range of next-day flower delivery options in Hemyock, Devon - specific information is available during checkout.