Our florists love making bouquets and arrangements for UK flower delivery, and we can send flowers to Trusham, Devon for you. We have a wide range of Roses, Freesia flower bouquets, and Lilies, as well as Classic Bouquets and our Colourful flower Bouquets, and our range of Flowers under £21.00. Our home page provides more information on our extensive range of next-day flower delivery services, all of which are available for next day UK flower delivery to Trusham, Devon, Or indeed anywhere in the UK! When you're thinking of a gift to give on birthdays, anniversaries, Mother's Day, Valentine's Day and other occasions, why not send flowers to Trusham, Devon? Through us, you can choose from a variety of bouquets to those close to your heart. We also offer next-day delivery service in case you want your blooms to arrive right on schedule. So if you want flowers delivered on special occasions, make sure to order flowers for delivery to Trusham, Devon. Best of all, our seven day freshness guarantee means you can rest assured knowing your special someone will enjoy their flowers for days after delivery.

Most popular flowers sent to Trusham, Devon this month 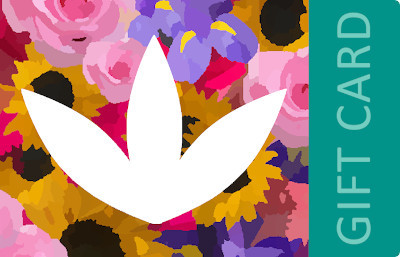 Located outside of Chudleigh, near both Exeter and Newton Abbot, sits the small town of Trusham. The name of this town means “fallen leaves,” stemming from the Celtic word “Trisma.” It is widely renowned for having the oldest pub in Devon and likely the oldest pub in all of England. Where the Cridford Inn now stands is also considered to be the site of an old Celtic settlement. It is likely that the Celts living there were expelled by King Athlestan in 927 AD. The building there underwent remodeling in the early 1000s, to be used as a nunnery.

In the following years, it became part of an Abbey, was used as a farmhouse, and was used as residential property. There is a stained glass window on one side of the Inn, which many considered to be one of the oldest pieces of Medieval windows in a domestic property. The Inn is said to be haunted by two ghosts, one being a nun from the property’s early history, and the second a soldier who was killed sometime in between 1642 and 1646. The church of St. Michael is another very historical building in the area. A number of notable people have lived in Trusham, including the Causley family.

If you are looking to send flowers to Trusham, Devon, you have come to the right place! We have a huge range of flowers that are the perfect gifts for birthdays, anniversaries, and any other special occasion. Order flowers for delivery to Trusham, Devon, and make your special someone happy! We have a number of great bouquets that are idea for Valentine’s Day, Mother’s Day, or even just to say thanks! Order your flowers to Tursham, Devon here today. We even have next day delivery!

Our flowers delivery services in Trusham, Devon are usually made by DPD or Royal Mail Special Delivery. 99.9% of our flowers are delivered by 5pm on the requested day - (more commonly before noon), except UK Public Holidays. We also offer a range of next-day flower delivery options in Trusham, Devon - specific information is available during checkout.