Our florists love making bouquets and arrangements for UK flower delivery, and we can send flowers to Loders, Dorset for you. We have a wide range of Roses, Freesia flower bouquets, and Lilies, as well as Classic Bouquets and our Colourful flower Bouquets, and our range of Flowers under £21.00. Our home page provides more information on our extensive range of next-day flower delivery services, all of which are available for next day UK flower delivery to Loders, Dorset, Or indeed anywhere in the UK! When you're thinking of a gift to give on birthdays, anniversaries, Mother's Day, Valentine's Day and other occasions, why not send flowers to Loders, Dorset? Through us, you can choose from a variety of bouquets to those close to your heart. We also offer next-day delivery service in case you want your blooms to arrive right on schedule. So if you want flowers delivered on special occasions, make sure to order flowers for delivery to Loders, Dorset. Best of all, our seven day freshness guarantee means you can rest assured knowing your special someone will enjoy their flowers for days after delivery.

Most popular flowers sent to Loders, Dorset this month

Send our fresh petals to Dorset! 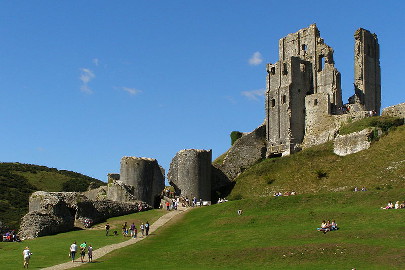 Dorset is a county in the south west of England that was previously part of the Kingdom of Wessex. The novelist and poet Thomas Hardy, who was born in the administrative centre of the county, Dorchester, set all his books in a fictional version of Wessex, making the countryside and traditions of Dorset familiar to millions around the world.

The county covers an area of more than 1,000 square miles. With much of the land devoted to pasture, some areas are extremely remote and rural so if you want to ensure your Dorset flower delivery arrives on time it's best to plan well in advance. Dorset features a mixture of heath land, coastal areas, woodlands and copses, making the county the perfect habitat for a huge range of wild flowers. From snowdrops and primroses to English bluebells and foxgloves to cow parsley and clematis, you'll see flowers at almost every turn.

Flowers are also a huge part of the Garland Day celebrations in the village of Abbotsbury which take place each May 13. Children carry garlands of flowers on poles through the village and they are then placed on the war memorial. The tradition originally began in connection with the fishing industry. Back then, only the children of local fishermen would take part and, after being taken through the town, the flowers were then tossed into the sea but now they are left on display for all to enjoy.

The best gift for your friends in Dorset

Thanks to its huge abundance of colourful plant life, Dorset is one of the best counties in the UK to view moths and butterflies. The county is also popular with birdwatchers. Dorset, which was first settled during the Stone Age, is also famous for the vast number of fossils found on its beaches and cliffs, which form part of World Heritage Site known as the Jurassic Coast.

Our flowers delivery services in Loders, Dorset are usually made by DPD or Royal Mail Special Delivery. 99.9% of our flowers are delivered by 5pm on the requested day - (more commonly before noon), except UK Public Holidays. We also offer a range of next-day flower delivery options in Loders, Dorset - specific information is available during checkout.