Our florists love making bouquets and arrangements for UK flower delivery, and we can send flowers to Woodsetton, Dudley for you. We have a wide range of Roses, Freesia flower bouquets, and Lilies, as well as Classic Bouquets and our Colourful flower Bouquets, and our range of Flowers under £21.00. Our home page provides more information on our extensive range of next-day flower delivery services, all of which are available for next day UK flower delivery to Woodsetton, Dudley, Or indeed anywhere in the UK! When you're thinking of a gift to give on birthdays, anniversaries, Mother's Day, Valentine's Day and other occasions, why not send flowers to Woodsetton, Dudley? Through us, you can choose from a variety of bouquets to those close to your heart. We also offer next-day delivery service in case you want your blooms to arrive right on schedule. So if you want flowers delivered on special occasions, make sure to order flowers for delivery to Woodsetton, Dudley. Best of all, our seven day freshness guarantee means you can rest assured knowing your special someone will enjoy their flowers for days after delivery.

Most popular flowers sent to Woodsetton, Dudley this month 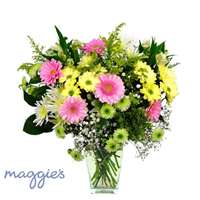 Dudley is a lively and vibrant town in the West Midlands with a population of 313,000. It is close to both Birmingham and Wolverhampton, making it popular with commuters. It dates back to Anglo-Saxon times and by the Middle Ages was a thriving market town. In the 18th century it became an important centre for industry and the role Dudley played in the Industrial Revolution is celebrated in the Black Country Living Museum.

Nature lovers will find that there are several outstanding nature reserves in and around Dudley. Wren's Nest Nature Reserve, for example, was the first in Britain to be situated within an urban area. It is a place of great beauty, with a wealth of wildlife and some stunning plants and flowers to be seen. The ruins of Dudley Castle sit on a hill overlooking the town. Dudley Zoo, which is situated in the grounds of the castle, has a collection of animals from all over the globe, many of them endangered species. The zoo also has the largest range of Tecton buildings in the world, attracting many visitors who have an interest in architecture as well as wildlife.

In 2012, Dudley celebrated the Queen's Diamond Jubilee during its annual flower festival by creating a floral tribute to the Queen which included a depiction of several events that occurred during her reign. Although many people wanted to send flowers to Dudley to have them included in the royal display, the flowers that were used were actually chosen specifically for each scene by three talented flower arrangers.

Other attractions that appeal to visitors to Dudley include ancient monuments such as Dudley Priory. The local canals are also popular with holiday makers taking trips on narrowboats and many of the towpaths, some of which form part of the National Cycle Network, are used by cyclists.