Most popular flowers sent to Adlingfleet, East Riding Of Yorkshire this month

Send flowers anywhere in Yorkshire, including Adlingfleet and Goole 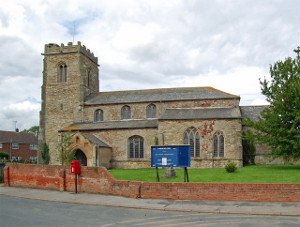 Seven miles East of Goole lies Adlingfleet a village in Yorkshire's East Riding. Surrounded by low lying flatlands, Adlingfleet is a small village set amidst beautiful natural scenery, much of which is protected and managed by the Royal Society for the Protection of Birds.

Adlingfleet covers about 5,000 acres of land close to the merging of the River Ouse and the River Trent. The land was drained circa 1764 by works originally drawn up by John Smeaton, a civil engineer. The drainage of the land allowed for different fauna and flora to thrive there. Some of the surrounding landscape makes up the largest tidal reed bed in the country; an area abundant with wildlife, in particular, wetland birds.

In the Domesday Book the village was known as Adelingesfluet and it had been managed by Lord Siward Barn until the Norman Conquest. After the conquest the village was passed into the hands of Lord Geoffrey de la Guerche.

Part of the parish of Twin Rivers, Adlingfleet boasts the Church of All Saints, which is housed within a Grade I listed building. Originally built in the 13th century AD, the church retains some of its original stonework, as well as 15th, 18th, 19th and 20th century amendments.

The local flowers of the area consist of wetland varieties, including soft rush a dominant species in the area as well as water plaintain, celery-leaved buttercup and adders'-tongue fern. In Yorkshire, wildflower growth is encouraged, creating a bright and attractive environment during the summer months. In some areas of the county, species of orchid have even been spotted growing wild in the countryside.

Importing flowers to adorn country homes remains popular for people in Adlingfleet, especially when it comes to gifts. Next day delivery flowers in Adlingfleet are an ideal solution for belated birthday presents as well as a host of other celebrations.

Our flowers delivery services in Adlingfleet, East Riding Of Yorkshire are usually made by DPD or Royal Mail Special Delivery. 99.9% of our flowers are delivered by 5pm on the requested day - (more commonly before noon), except UK Public Holidays. We also offer a range of next-day flower delivery options in Adlingfleet, East Riding Of Yorkshire - specific information is available during checkout.