Our florists love making bouquets and arrangements for UK flower delivery, and we can send flowers to Horton, Epsom for you. We have a wide range of Roses, Freesia flower bouquets, and Lilies, as well as Classic Bouquets and our Colourful flower Bouquets, and our range of Flowers under £21.00. Our home page provides more information on our extensive range of next-day flower delivery services, all of which are available for next day UK flower delivery to Horton, Epsom, Or indeed anywhere in the UK! When you're thinking of a gift to give on birthdays, anniversaries, Mother's Day, Valentine's Day and other occasions, why not send flowers to Horton, Epsom? Through us, you can choose from a variety of bouquets to those close to your heart. We also offer next-day delivery service in case you want your blooms to arrive right on schedule. So if you want flowers delivered on special occasions, make sure to order flowers for delivery to Horton, Epsom. Best of all, our seven day freshness guarantee means you can rest assured knowing your special someone will enjoy their flowers for days after delivery.

Most popular flowers sent to Horton, Epsom this month 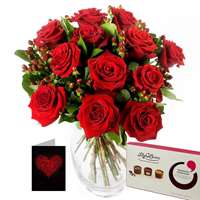 Send flowers to Epsom with the UK's premier online florist 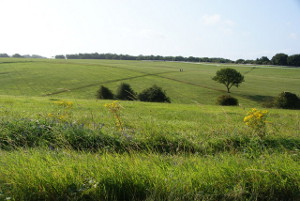 The town of Epsom in Surrey is renowned for its racecourse and annual Derby events but it was known in previous centuries as a Spa Town, famed for the healing Epsom Salts. A wealth of green and floral countryside surrounds today's busy market town, with nearby attractions like Sea World and Chessington World of Adventures bringing in the family visitors as well.

Running since 1780, the Epsom Derby is often known simply as The Derby to fans from across the globe and still draws crowds here in their thousands during the summer months. The racecourse itself forms only part of a 600-acre expanse of grassland known as the Epsom and Walton Downs which is well worth exploring in its own right, for views over the county and rare flower species such as the Round-Headed Rampion.

There's an abundance of open spaces in the area, like the site of the former Nonsuch Palace: a prestigious building begun by Henry VIII but demolished in the seventeenth century. However, its extensive park remains and is covered with miles of flower and wildlife trails. Nearby nature reserves at Hogsmill, Horton Country Park and Epsom Common reinforce this pleasant green image of the borough.

Fans of history can see a surviving Tudor legacy a short distance away at Hampton Court Palace. Handsome red-brick walls encase equally stunning interiors, all surrounded by huge formal gardens. With the infamous hedge maze to explore, as well as the 750 acres of shrubberies, flowerbeds and fountains on display at the annual flower show, the Palace is one of the major attractions for the region.

Rural Surrey has also had connections with the art world for many years, including the Pre-Raphaelite painters Millais and Holman-Hunt, who were both inspired by the nature in the area. With such appealing outdoor and horticultural sites, hiking and cycling holidays remain popular here and unsurprisingly, flower delivery in Epsom continues to boom.

Our flowers delivery services in Horton, Epsom are usually made by DPD or Royal Mail Special Delivery. 99.9% of our flowers are delivered by 5pm on the requested day - (more commonly before noon), except UK Public Holidays. We also offer a range of next-day flower delivery options in Horton, Epsom - specific information is available during checkout.

There is no small print! When you order flowers for delivery in Horton, Epsom with Clare Florist, that's exactly what you get - flowers delivered in Horton, Epsom, without any fuss.