Our florists love making bouquets and arrangements for UK flower delivery, and we can send flowers to Avonbridge, Falkirk for you. We have a wide range of Roses, Freesia flower bouquets, and Lilies, as well as Classic Bouquets and our Colourful flower Bouquets, and our range of Flowers under £21.00. Our home page provides more information on our extensive range of next-day flower delivery services, all of which are available for next day UK flower delivery to Avonbridge, Falkirk, Or indeed anywhere in the UK! When you're thinking of a gift to give on birthdays, anniversaries, Mother's Day, Valentine's Day and other occasions, why not send flowers to Avonbridge, Falkirk? Through us, you can choose from a variety of bouquets to those close to your heart. We also offer next-day delivery service in case you want your blooms to arrive right on schedule. So if you want flowers delivered on special occasions, make sure to order flowers for delivery to Avonbridge, Falkirk. Best of all, our seven day freshness guarantee means you can rest assured knowing your special someone will enjoy their flowers for days after delivery.

Most popular flowers sent to Avonbridge, Falkirk this month 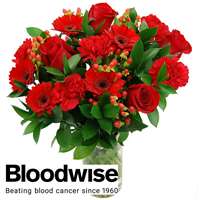 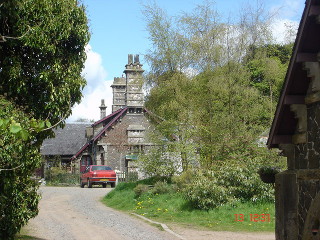 Avonbridge is a small village situated just south-east of Falkirk in Scotland. Formerly known for its open cast mining operations these have now ceased and the village is mainly residential.

Nearby Callender House is a 14th Century mansion house open to the public, with magnificent surrounding parklands that include a section of the Antonine Wall. The wall was the most northerly Roman fortification in Britain, now a World Heritage Site.

Also nearby are the ruins of Linlithgow Palace in a beautiful parkland setting beside the shores of a loch and next to a 15th Century church. The grounds are home to a spectacular three-tiered fountain with numerous statues set amongst the ruins.

Close to Avonbridge is Cairnpapple Hill, which offers spectacular views from the summit, reputedly from the east coast to the west coast on a clear day. The site is home to a Neolithic henge dating back to around 3000 BC and a subsequent Bronze Age burial ground, known as Cairnpapple Prehistoric Tombs.

Send flowers to your lvoed ones in Avonbridge

Also set on nearby hills is the House of the Binns, also known as 'The Binns', home to the Dalyell family since the early 17th Century and now managed by the National Trust for Scotland. Surrounded by over 200 acres of parkland encompassing two hills (known as 'Bens', possibly leading to the name 'Binns') visitors can enjoy views across the lowlands. The highest point of the estate, Binns Hill is home to a folly in the form of a tower. Other notable features include the old stables and a walled garden which is used as a shrub and flower nursery and also supplies the house with all its flowers.

When you send flowers to Avonbridge you are sending them to an area steeped in history dating back to man's first steps in this wild and beautiful countryside.