Our florists love making bouquets and arrangements for UK flower delivery, and we can send flowers to Fleet for you. We have a wide range of Roses, Freesia flower bouquets, and Lilies, as well as Classic Bouquets and our Colourful flower Bouquets, and our range of Flowers under £21.00. Our home page provides more information on our extensive range of next-day flower delivery services, all of which are available for next day UK flower delivery to Fleet, Or indeed anywhere in the UK! When you're thinking of a gift to give on birthdays, anniversaries, Mother's Day, Valentine's Day and other occasions, why not send flowers to Fleet? Through us, you can choose from a variety of bouquets to those close to your heart. We also offer next-day delivery service in case you want your blooms to arrive right on schedule. So if you want flowers delivered on special occasions, make sure to order flowers for delivery to Fleet. Best of all, our seven day freshness guarantee means you can rest assured knowing your special someone will enjoy their flowers for days after delivery.

Most popular flowers sent to Fleet this month 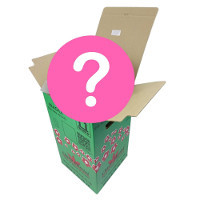 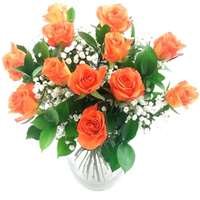 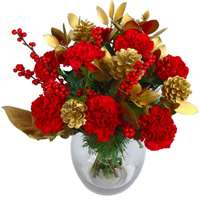 In the south west county of Hampshire, approximately 37 miles south west of London, lies the town of Fleet, part of the district voted by the 2011 Halifax Quality of Life Study as the UK's best place to live. Moments from the M3 motorway, Fleet has easy access by road to both London and Southampton. The South West Trains service to London has passengers to Waterloo Station in just 40-50 minutes.

Up until 1792 Fleet was a tiny hamlet but the opening of the Basingstoke Canal followed by the construction in 1840 of the London and South Western Railway, opened up the area and it became particularly popular with retired military personnel. At the turn of the twentieth century the canal, once so vital to the area, had become a victim of neglect but volunteers recently restored a section of it and turned it into a leisure facility.

Fleet is a modern town mostly developed during the Victorian era and again between World Wars I and II, with very old buildings few and far between. More recently contemporary residential areas have sprung up leading to a rise in local population. A popular commuter town for the capital, Fleet now provides more local employment at its numerous business parks, predominately occupied by IT firms.

Choose the perfect blooms to send to charming Fleet

The town boasts shopping and leisure centres plus a gymnasium which was built after plans for a cinema were shelved. It is also proud of its two non-league football teams and its half marathon course which is frequently used by runners training for the London marathon. Fleet flower delivery is also a service well utilised by the town's Flower Club which is part of the National Association of Flower Arrangement Societies.

Nature lovers will find beauty and serenity at the Fleet Pond Nature Reserve, site of Hampshire's largest freshwater lake which in the past has frozen over to enable skating. The surrounding area is a rural haven with charming quintessentially English villages and glorious open spaces.

Our flowers delivery services in Fleet are usually made by DPD or Royal Mail Special Delivery. 99.9% of our flowers are delivered by 5pm on the requested day - (more commonly before noon), except UK Public Holidays. We also offer a range of next-day flower delivery options in Fleet - specific information is available during checkout.

We also deliver flowers to these locations in Fleet

There is no small print! When you order flowers for delivery in Fleet with Clare Florist, that's exactly what you get - flowers delivered in Fleet, without any fuss.