Most popular flowers sent to Alderley, Gloucestershire this month

Alderley flower delivery when you need it 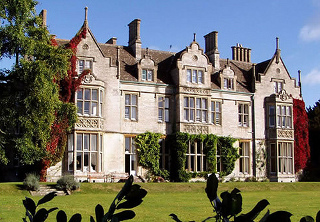 The Gloucestershire village of Alderley lies around 14 miles to the south west of Stroud, near the Cotswold villages of Hillesley and Tresham.

The village dates back hundreds of years and even gets a mention in the Domesday book, where it is called Alrelie, which means woodland clearing where Alder trees grow.

The village and surrounding area boast a number of historically significant buildings, including St Kenelm Church. The church was rebuilt in 1802 in the then popular gothic architecture style, but the original tower still remains and that dates back to around 1450.

Alderley House, which lies to the south west of Kenelm Church close to the nearby village of Wotton Under Edge, is a magnificent 19th Century country house. It was erected on the site of a 17th Century Manor House that was built for the famous 17th Century barrister and judge, Sir Matthew Hale.

Located on the Cotswold Way, Alderley retains much of its olde worlde charm. The Cotswolds themselves are a range of hills in the central to south west of England. They span an area around 90 miles long and 25 miles wide. The green rolling hills of this typical English countryside, as well as the quaint hamlets and villages, have been designated an area of outstanding natural beauty.

The area is a popular tourist destination all year round but one of the best times to go is in the spring or summer months, when a whole host of old English flowers such as orchids and oxe-eye daisies can be seen in the hedgerows and meadows.

Sending flowers is such a great way to send a message such as happy birthday, congratulations or even to say sorry and the location is never a problem. Being on a popular tourist route, the Cotswold area has a great road network and next day delivery flowers in Alderley is a breeze.

Our flowers delivery services in Alderley, Gloucestershire are usually made by DPD or Royal Mail Special Delivery. 99.9% of our flowers are delivered by 5pm on the requested day - (more commonly before noon), except UK Public Holidays. We also offer a range of next-day flower delivery options in Alderley, Gloucestershire - specific information is available during checkout.