Our florists love making bouquets and arrangements for UK flower delivery, and we can send flowers to Bibury, Gloucestershire for you. We have a wide range of Roses, Freesia flower bouquets, and Lilies, as well as Classic Bouquets and our Colourful flower Bouquets, and our range of Flowers under £21.00. Our home page provides more information on our extensive range of next-day flower delivery services, all of which are available for next day UK flower delivery to Bibury, Gloucestershire, Or indeed anywhere in the UK! When you're thinking of a gift to give on birthdays, anniversaries, Mother's Day, Valentine's Day and other occasions, why not send flowers to Bibury, Gloucestershire? Through us, you can choose from a variety of bouquets to those close to your heart. We also offer next-day delivery service in case you want your blooms to arrive right on schedule. So if you want flowers delivered on special occasions, make sure to order flowers for delivery to Bibury, Gloucestershire. Best of all, our seven day freshness guarantee means you can rest assured knowing your special someone will enjoy their flowers for days after delivery.

Most popular flowers sent to Bibury, Gloucestershire this month 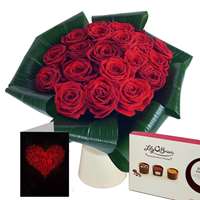 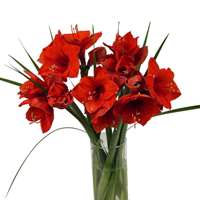 Located just a short drive from Cirencester, the “Capital of the Cotswolds,” Bibury is described by William Morris as “the most beautiful village in England.” Fox News even called Bibury as one of the most picturesque villages in the world. An article in the Huffington Post called The Most Charming Towns in Europe You'll Want to Visit ASAP mentioned Bibury in the list.

If you love a Cotswolds holiday, why not make Bibury your next destination? You can make it a romantic trip by presenting your date with some Bibury flowers. If you can't get flowers in Bibury, you can always place an order online and we will gladly send you a bouquet of flowers.

Here's more information on the beauty that is Bibury:

Bibury is listed as Becheberie in the Domesday Book, a survey that was done under William the Conqueror. In the survey, the lands and church located in the village were held by St Mary's Priory at Worcester. Ownership then passed to the Abbey of Osney located near Oxford in 1130. The Abbey of Osney continued to hold ownership until its dissolution in 1540.

There are lots of things to see and do in Bibury. Here's a few of them:

Arlington Row – these are a row of weavers cottages that were built of local stone. The row of houses are located next to the River Coln. The cottages of Arlington Row are also the most photographed and beautiful cottages in the country.

Bibury Trout Farm – located in the heart of Bibury, it is considered the most attractive trout farm in the country. Bibury Trout Farm is primarily considered a working farm that breeds and rears high quality rainbow and brown trout for restocking angling waters. Apart from the fish, a lot of ducks, swans, kingfishers, geese and other wildlife can be seen in the area as well.

Church of St Mary – dates back to the late Saxon times. Today, it's a Grade I listed structure. Adjacent to it is the village primary school built during the 1850s that is still being used to this day.

Bibury Court – considered the largest building in the village. This dates back to 1633 and is built in the Jacobean style. It's also a Grade I listed building and now functions as a hotel.

Blower and Art Festival – held each year at the St Mary the Virgin Church. For 2016, the theme of the flower arrangements are based on book titles.

When you need to send flowers to Bibury to someone you know on their anniversary or their birthday, we can help you out. Also, when occasions such as Mother's Day or Valentine's Day come around, presenting those close to your heart with a bouquet of flowers is a simple but nice gesture. We also provide next-day delivery so if you want your bouquet delivered on time, make sure to order flowers for delivery to Bibury as early as possible.

Our flowers delivery services in Bibury, Gloucestershire are usually made by DPD or Royal Mail Special Delivery. 99.9% of our flowers are delivered by 5pm on the requested day - (more commonly before noon), except UK Public Holidays. We also offer a range of next-day flower delivery options in Bibury, Gloucestershire - specific information is available during checkout.