Our florists love making bouquets and arrangements for UK flower delivery, and we can send flowers to Harlow for you. We have a wide range of Roses, Freesia flower bouquets, and Lilies, as well as Classic Bouquets and our Colourful flower Bouquets, and our range of Flowers under £21.00. Our home page provides more information on our extensive range of next-day flower delivery services, all of which are available for next day UK flower delivery to Harlow, Or indeed anywhere in the UK! When you're thinking of a gift to give on birthdays, anniversaries, Mother's Day, Valentine's Day and other occasions, why not send flowers to Harlow? Through us, you can choose from a variety of bouquets to those close to your heart. We also offer next-day delivery service in case you want your blooms to arrive right on schedule. So if you want flowers delivered on special occasions, make sure to order flowers for delivery to Harlow. Best of all, our seven day freshness guarantee means you can rest assured knowing your special someone will enjoy their flowers for days after delivery.

Most popular flowers sent to Harlow this month 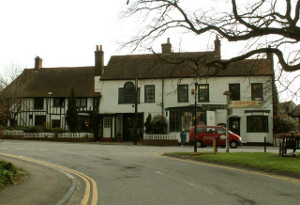 Harlow in Essex is a new town, built following World War II to take the pressure of an overcrowded London. A masterplan was drawn up in 1947 by Sir Frederick Gibberd, one of the world's leading architects and included the old market town of Harlow, now known as Old Harlow and several other villages.

Harlow comprises of neighbourhoods, each of which is self-supporting with its own community facilities, shopping precinct and even a pub. Many post-war architects were invited to design buildings for the new town.

The town is famous for having the country's first pedestrian precinct and The Lawn, the first modern residential tower block which was built in 1951.

The successful combination of modern architecture, town planning and landscaping mean Harlow is considered to be Britain's most successful post-war new town. In fact Gibberd lived here until he died in 1984.

Harlow has plenty of green credentials with an extensive cycle track network connecting all the neighbourhoods to the town centre and also the industrial areas. There are also plans for more than 500 new eco-homes.

In addition Harlow has plenty of open spaces with more than a third of the town parkland or green space. The centre of the town has one of the country's biggest urban parks. The famous civic square, the Harlow Water Gardens, are looked after by English Heritage and are listed.

Free next day delivery to Harlow on all these bouquets and more!

Just outside Harlow you will find The Gibberd Garden, a tranquil and beautiful place that was designed by the architect. He filled it with architectural salvage, sculptures and pots between 1972 and 1984. The gardens have formal lawns, a wild garden, flower beds, pond, an arboretum and an island fort. There's also a tearoom.

Harlow's position close to London makes it a popular commuter town and there are two railway stations as well as easy access onto the M11. Stansted Airport is also nearby.

Next day delivery flowers in Harlow can be easily arranged, with your blooms arriving quickly and safely.

Our flowers delivery services in Harlow are usually made by DPD or Royal Mail Special Delivery. 99.9% of our flowers are delivered by 5pm on the requested day - (more commonly before noon), except UK Public Holidays. We also offer a range of next-day flower delivery options in Harlow - specific information is available during checkout.

There is no small print! When you order flowers for delivery in Harlow with Clare Florist, that's exactly what you get - flowers delivered in Harlow, without any fuss.