Our florists love making bouquets and arrangements for UK flower delivery, and we can send flowers to Gipsyville, Hull for you. We have a wide range of Roses, Freesia flower bouquets, and Lilies, as well as Classic Bouquets and our Colourful flower Bouquets, and our range of Flowers under £21.00. Our home page provides more information on our extensive range of next-day flower delivery services, all of which are available for next day UK flower delivery to Gipsyville, Hull, Or indeed anywhere in the UK! When you're thinking of a gift to give on birthdays, anniversaries, Mother's Day, Valentine's Day and other occasions, why not send flowers to Gipsyville, Hull? Through us, you can choose from a variety of bouquets to those close to your heart. We also offer next-day delivery service in case you want your blooms to arrive right on schedule. So if you want flowers delivered on special occasions, make sure to order flowers for delivery to Gipsyville, Hull. Best of all, our seven day freshness guarantee means you can rest assured knowing your special someone will enjoy their flowers for days after delivery.

Most popular flowers sent to Gipsyville, Hull this month 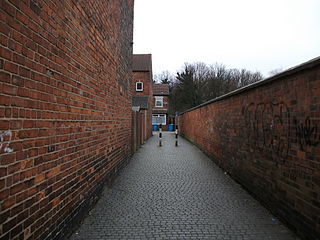 Hull, properly known as Kingston upon Hull is situated near the east coast of Yorkshire on the Humber Estuary. The city has at various times served as a military base, a port, a centre for fishing and whaling and, prior to the Second World War was an industrial centre. Heavily bombed during the Blitz, the city went into something of a decline in the post-war years but is now benefitting from major renovation projects.

Hull is a major shopping centre with a number of retail parks and department stores making it a popular destination for Yorkshire people in search of retail therapy. A number of tourist attractions draw visitors into the area, particularly The Deep, an impressive aquarium which is described as the only submarium in the world. Built using funds from the National Lottery Millennium Fund it is believed to be the most successful project of its kind and in addition to attracting tourists the aquarium is also a centre for marine research.

Hull is home to a wide variety of museums including the former home of William Wilberforce who was responsible for the abolition of slavery, the museum ship 'The Arctic Corsair' a former fishing vessel and the Streetlife Museum of Transport.

The city plays host to a number of festivals throughout the year including the Freedom Festival which boasts a number of musical and literary events, the Hull Global Food Festival and a Comedy Festival which attracts top-name comedians from around the country.

There is a busy flower market in Hull which has been operating for over 200 years. Since the city has its own ferry port, exotic blooms arrive directly into the city from the continent, ensuring that when you arrange a flower delivery to Hull the blooms are guaranteed to be amongst the freshest to be found anywhere in Britain.

Our flowers delivery services in Gipsyville, Hull are usually made by DPD or Royal Mail Special Delivery. 99.9% of our flowers are delivered by 5pm on the requested day - (more commonly before noon), except UK Public Holidays. We also offer a range of next-day flower delivery options in Gipsyville, Hull - specific information is available during checkout.