Most popular flowers sent to Hinchingbrooke, Huntingdon this month 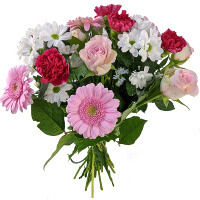 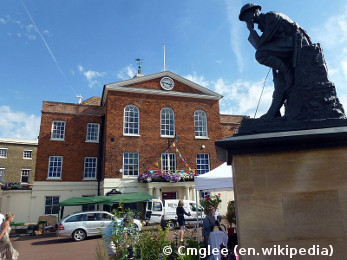 The market town of Huntingdon, in Cambridgeshire, was given its official town charter in 1205 by King John. A former coaching stop, the town was the birthplace of Oliver Cromwell and his former school in the town is now a museum dedicated to his life and work. Another famous Parliamentarian is the former Prime Minister, John Major for whom Huntingdon was also his constituency.

The River Great Ouse flows through the town and there are a number of pleasant walks that take in the neighbouring villages of Ramsey, St. Neots and St. Ives. The area is well known for its abundance of meadows, which help to minimise the effects of flooding. There is a popular recreation area at the nearby Hinchingbrooke Country Park, which boasts over 170 acres of woodland and grassland; this provides the perfect habitat for an abundance of wildlife.

Houghton Meadows is the largest low-lying meadow in England and home to several protected species while the nearby Monk's Wood is reputed to be one of the only surviving fragments of the original 'Wildwood' that once covered huge areas of Britain. Now it is home to over 1000 species of beetles.

The perfect present for your friends in Huntingdon

When you send flowers to Huntingdon you are sending them to a rich and fertile area of Britain steeped in history. The infamous diarist, Samuel Pepys, was a local resident and, according to local folklore, he used to frequent the popular Black Bull Tavern. The first wife of King Henry VIII was imprisoned at nearby Kimbolton Castle, where she lived out the rest of her life after her divorce.

The popularity of the River Great Ouse and neighbouring waterways make the area a trendy destination for boating enthusiasts. Huntingdon is a popular destination for the start and end of boating holidays. Fishing is another popular pastime for locals and visitors alike.

Our flowers delivery services in Hinchingbrooke, Huntingdon are usually made by DPD or Royal Mail Special Delivery. 99.9% of our flowers are delivered by 5pm on the requested day - (more commonly before noon), except UK Public Holidays. We also offer a range of next-day flower delivery options in Hinchingbrooke, Huntingdon - specific information is available during checkout.