Send flowers to Isle Of Man

Our florists love making bouquets and arrangements for UK flower delivery, and we can send flowers to Isle Of Man for you. We have a wide range of Roses, Freesia flower bouquets, and Lilies, as well as Classic Bouquets and our Colourful flower Bouquets, and our range of Flowers under £21.00. Our home page provides more information on our extensive range of next-day flower delivery services, all of which are available for next day UK flower delivery to Isle Of Man, Or indeed anywhere in the UK! When you're thinking of a gift to give on birthdays, anniversaries, Mother's Day, Valentine's Day and other occasions, why not send flowers to Isle Of Man? Through us, you can choose from a variety of bouquets to those close to your heart. We also offer next-day delivery service in case you want your blooms to arrive right on schedule. So if you want flowers delivered on special occasions, make sure to order flowers for delivery to Isle Of Man. Best of all, our seven day freshness guarantee means you can rest assured knowing your special someone will enjoy their flowers for days after delivery.

Most popular flowers sent to Isle Of Man this month

Flower Delivery to Isle of Man with Clare Florist

Journeying into the Isle of Man is like stepping back through time, but somehow it feels you're still in modern times. On the island, you get to see stone churches, castles, forts and Celtic crosses that are intricately carved.

The Isle of Man offers a very beautiful countryside, which you can experience on-board the steam engine Heritage Railway. In case you want to get in touch with nature, there's always the Victorian era Laxey Wheela or Curraghs Wildlife Park – which is where you can find lots of flowers in Isle of Man. 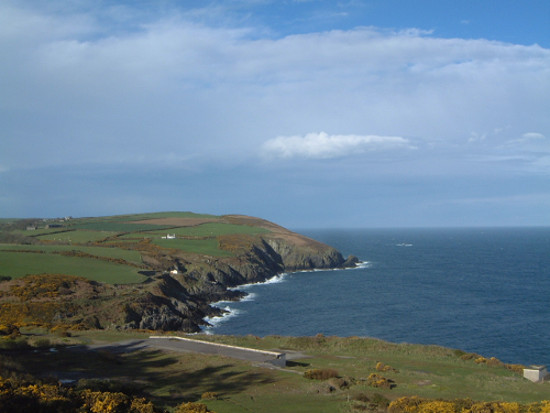 Isle of Man has been inhabited before 6500 BC. It was one of the six Celtic nations and because of that, Gaelic cultural influence started in the 5th century AD while the Manx language – which is a branch of the Gaelic languages – emerged gradually.

Edwin of Northumbria conquered the island in 627, together with most of Mercia. By the 9th century, the Norse was settled on the island. The Kingdom of the Isles was then set up by the Norse people from Scotland. Under Norse control, a Norse-Gaelic culture rose in the island.

The Isle of Man became part of Scotland in 1266 and this was formalised in the Treaty of Peth. It was under feudal lordship of the English Crown in 1399 after a period where it saw alternating rule by the kings of Scotland and England.

In 1765, lordship reverted into the British Crown, but the Isle of Man never became part of the Kingdom of Great Britain and even its successor, the United Kingdom.

It retains its status as a self-governing Crown dependency.

Mooragh Park – has a 12-acre boating lake able to accommodate many different watersports.

National Sports Centre – an indoor facility where you can swim, play bowls or squash.

Craftworks Studio – where you can try your hand at ceramics.

The Isle of Man is like a natural garden thanks to it being more than 40% unoccupied and uncultivated. The Manx landscape is ever changing with rolling hills and coastal scenery. There are 18 national glens where a lot lead to the sea. There are also numerous gardens where you can see Isle of Man flowers or enjoy a picnic.

Here are some of the places you shouldn't miss:

Tynwald National Park and Arboretum – you can feed ducks here
Milntown – houses an impressive stately home
The Sound – offers great views of the Calf of Man nature reserve and bird observatory. You can see seals basking on rocks too.
Ayres – a well-known wildlife hotspot

By following the Story of Mann trail, you can rediscover over 10,000 years of history. On this trail you will see ancient castles, forts, and sites that have religious and political importance. These are some of the best ones:

Whether it is nature or history you seek, the Isle of Man surely has lots of attractions to offer. Of course, when you want the trip to be more romantic, don't forget to send flowers to the Isle of Man so your date can feel the romance.

Our flowers delivery services in Isle Of Man are usually made by DPD or Royal Mail Special Delivery. 99.9% of our flowers are delivered by 5pm on the requested day - (more commonly before noon), except UK Public Holidays. We also offer a range of next-day flower delivery options in Isle Of Man - specific information is available during checkout.

Order flowers to Isle Of Man

There is no small print! When you order flowers for delivery in Isle Of Man with Clare Florist, that's exactly what you get - flowers delivered in Isle Of Man, without any fuss.