Our florists love making bouquets and arrangements for UK flower delivery, and we can send flowers to Isle Of North Uist for you. We have a wide range of Roses, Freesia flower bouquets, and Lilies, as well as Classic Bouquets and our Colourful flower Bouquets, and our range of Flowers under £21.00. Our home page provides more information on our extensive range of next-day flower delivery services, all of which are available for next day UK flower delivery to Isle Of North Uist, Or indeed anywhere in the UK! When you're thinking of a gift to give on birthdays, anniversaries, Mother's Day, Valentine's Day and other occasions, why not send flowers to Isle Of North Uist? Through us, you can choose from a variety of bouquets to those close to your heart. We also offer next-day delivery service in case you want your blooms to arrive right on schedule. So if you want flowers delivered on special occasions, make sure to order flowers for delivery to Isle Of North Uist. Best of all, our seven day freshness guarantee means you can rest assured knowing your special someone will enjoy their flowers for days after delivery.

Most popular flowers sent to Isle Of North Uist this month 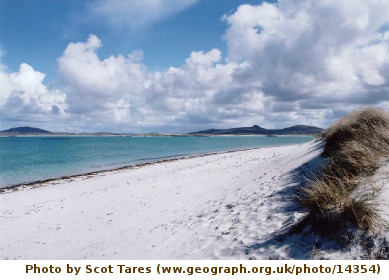 The Isle of North Uist is an Island located in the Outer Hebrides off the west coast of Scotland. It is the tenth largest of the Scottish Islands and the thirteenth largest in the UK as a whole. The Island is in fact incredibly flat,(except for the Far East) and most of the island is in fact covered in water.

The lochs? water on the island contains an interesting mix of tidal salt water and fresh water and this enables the growth of some very interesting and complex natural habitats. Loch Scadabhagh is of particular interest to naturalists and conservationists. The RSPB have a nature reserve on the island where corncrakes and manx shearwaters are regularly spotted.

The fishing port of Lochmaddy is the main settlement on the island and is also home to the island's museum and arts centre. There is also a café, a small shop and a post office to cover most of the islander's needs. There are a number of hotels and B&Bs on the Island catering for those who mean it when they say they want 'to get away from it all'.

Surprise your friends in Isle of North Uist with Clare Florist

The island is connected to its neighbouring islands of Benbecula, Bernaway and Baleshare by a series of causeways. Even though the island is rather remote and the population is few, the transport systems are quite robust. There are regular ferries to Uig from the Isle of Skye, at least one or two a day and also an airport on Benbecula. The island benefits from a bus service that serves the route among the Islands. If you want to arrange flower delivery to Isle of North Uist, you can easily do so thanks to Clare Florist. Even the most remote parts of the island are covered. If you have friends or loved ones on the island, then there is no doubt that they would appreciate a well presented bouquet.