Our florists love making bouquets and arrangements for UK flower delivery, and we can send flowers to Billinghay, Lincolnshire for you. We have a wide range of Roses, Freesia flower bouquets, and Lilies, as well as Classic Bouquets and our Colourful flower Bouquets, and our range of Flowers under £21.00. Our home page provides more information on our extensive range of next-day flower delivery services, all of which are available for next day UK flower delivery to Billinghay, Lincolnshire, Or indeed anywhere in the UK! When you're thinking of a gift to give on birthdays, anniversaries, Mother's Day, Valentine's Day and other occasions, why not send flowers to Billinghay, Lincolnshire? Through us, you can choose from a variety of bouquets to those close to your heart. We also offer next-day delivery service in case you want your blooms to arrive right on schedule. So if you want flowers delivered on special occasions, make sure to order flowers for delivery to Billinghay, Lincolnshire. Best of all, our seven day freshness guarantee means you can rest assured knowing your special someone will enjoy their flowers for days after delivery.

Most popular flowers sent to Billinghay, Lincolnshire this month 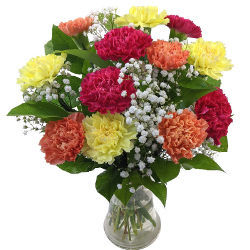 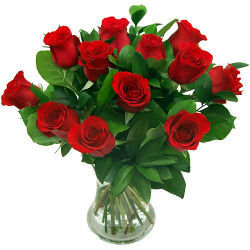 On the middle eastern region of England is the village of Billinghay, located in the Lincolnshire county. It’s found in the North Kesteven district. The village is close to Sleaford, eleven kilometres away. The best way to get there is from the A153, starting from the B1130 Walcott Road. North Kyme is also close to Billinghay, just south of there. In 2001 there were over 1,808 people living there. There is only one school in the region, the Billinghay Primary School. The old Lafford High School closed, as fewer students live in Billinghay today.

Billinghay is twinned with Ballon, its sister village in the Sarthe portion of France. The Billinghay Parish Council was first recorded in a Minute Book from 1893, and Vestry Meeting minutes from 1879.

Like many other small villages in 1086, Billinghay has a mention in the Domesday book. It’s believed that the word “Billinghay” means fishery, in the Saxon language. The topography differed back in the 11th century, until it was altered by village folk. A small settlement was located on a mound, which was surrounded by a marsh. The marsh would flood over in the winter. The fens were eventually drained, and today, Billinghay is surrounded by rich agricultural land.

The village’s principal church is the St. Michael and All Angel’s Church. This parish church was built sometime during the 13th century. It’s an Anglican church that is a part of the Car Dyke group of parishes, which include Tattershall Bridge. The Car Dyke region is actually a long expanse of a green covered ditch, that was created during the Roman age. It runs long the western edge of the Fens in England, and many parishes are situated along it.

The church also has an ancient graveyard on site. A grass cutter is employed to maintain the cemetery, and grassy regions around the church.  There are two other churches located in the village: The Bethel Chapel— a Baptist church, and a Methodist church.

Residents of Billinghay have many amenities. There is a marketplace to shop for fresh local produce and flowers. A war memorial pays homage to the heroes of WWII. There is a play area located beside the village, and also an enclosed area for younger children. A zip line and a skate park are enjoyed by older kids.

Residents and visitors can enjoy traversing one of the many public paths and walks around the village. They enjoy seasonal sporting activities in the village. During nice weather, an open air swimming pool is quite popular.

Do you need to send flowers to Billinghay, but you’re running out of time? You can select from our wide range of flowers, and floral arrangements. We can put a lovely gift together in a vase, or basket, and it’ll be ready for delivery by tomorrow. Stop fretting, and place your order today! After all, a floral gift is special, and your loved one will have no clue that you left your buying decision to the last minute.

Our flowers delivery services in Billinghay, Lincolnshire are usually made by DPD or Royal Mail Special Delivery. 99.9% of our flowers are delivered by 5pm on the requested day - (more commonly before noon), except UK Public Holidays. We also offer a range of next-day flower delivery options in Billinghay, Lincolnshire - specific information is available during checkout.