Most popular flowers sent to Threekingham, Lincolnshire this month 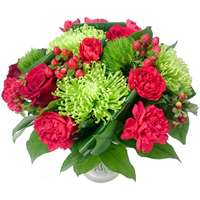 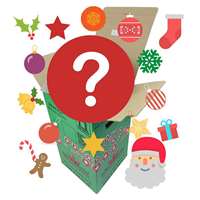 Threekingham is a small village in Lincolnshire County in the east part of England. This village belongs to the North Kesteven district. The closest town to Threekingham is the market town of Sleaford. The village is situated on the road between Grantham and Boston. This is an area with rich history.

According to some sources, this village was once known as Laundon. The name was changed after a fierce battle between the forces of the Danes and the Saxons. The Danish have lost many noblemen in this battle. Another source claims that the village was founded about 13 centuries ago by the Saxons or the Saxon tribe called Trincinghas to be more precise. Before they came in this area, this area was already developed to some extent because it is located close to the Roman Road.  Threekingham was mentioned in the Domesday Book too as a village with two churches. Threekingham was known as an agrarian village for most its existence. The process of industrialization didn’t affect this village at least until the beginning of the Second World War when peoples tarted using machines for agriculture. Today there is only one farm left in this area and most people work in other places.

How to get to Threekingham, Lincolnshire

Threekingham, Lincolnshire is located about 133 miles north of London. It takes a 2 hour and 40 minutes drive to get there from London. In order to reach Threekingham, drivers should use M11 road or A1 road. The nearest train station is located in Grantham about 12 miles east of Threekingham.

Things to see and in Threekingham, Lincolnshire

The main church in the village is dedicated to St. Peter. It is known as St. Peter ad Vincula – St. Peter in chains. This is a Saxon church that was mentioned in the Domesday Book. It was reconstructed in 1170 by the Normans. Although the church was restored in the late 19th century, there are many parts that date back from the 14th and 15th century. It has a very distinctive design and interesting tower.

There is an annual beer festival in the village that attracts people from all the villages in this region. Most of the profit is given to charity organizations.

This mill was built in 1830. It is located 4 miles north of Threekingham in Heckington. Since this is the olest mill in the region many people come here to take photos. This is one of the 8 sailed working windmills from the 19th century.

Although it is located from Threekingham this museum is definitely worth visiting. It has many permanent and temporary exhibitions from different periods of English history.

If you want to send flowers to Threekingham, you should definitely check our offer. We have a huge number of fresh flowers perfect as gifts for anniversaries, weddings, birthdays, holidays and other special events. We also provide next-day delivery to this area. So, order flowers for delivery to Threekingham and surprise your loved ones.

Our flowers delivery services in Threekingham, Lincolnshire are usually made by DPD or Royal Mail Special Delivery. 99.9% of our flowers are delivered by 5pm on the requested day - (more commonly before noon), except UK Public Holidays. We also offer a range of next-day flower delivery options in Threekingham, Lincolnshire - specific information is available during checkout.