Our florists love making bouquets and arrangements for UK flower delivery, and we can send flowers to Everton, Liverpool for you. We have a wide range of Roses, Freesia flower bouquets, and Lilies, as well as Classic Bouquets and our Colourful flower Bouquets, and our range of Flowers under £21.00. Our home page provides more information on our extensive range of next-day flower delivery services, all of which are available for next day UK flower delivery to Everton, Liverpool, Or indeed anywhere in the UK! When you're thinking of a gift to give on birthdays, anniversaries, Mother's Day, Valentine's Day and other occasions, why not send flowers to Everton, Liverpool? Through us, you can choose from a variety of bouquets to those close to your heart. We also offer next-day delivery service in case you want your blooms to arrive right on schedule. So if you want flowers delivered on special occasions, make sure to order flowers for delivery to Everton, Liverpool. Best of all, our seven day freshness guarantee means you can rest assured knowing your special someone will enjoy their flowers for days after delivery.

Most popular flowers sent to Everton, Liverpool this month 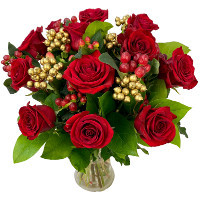 Everton is very much known for urban legends. One of the most talked about is Spring Heeled Jack. According to legend, he had a very terrifying and frightful appearance. He had a sort of diabolical physiognomy, clawed hands and eyes that were like balls of fire. There were sightings of him everywhere and towards the end of the 19th century, he was seen around Everton.

In 1888, it is said that he appeared on the rooftop of Saint Francis Xavier's Church in Salisbury Street. By 1904, there were reports that he was seen in nearby William Henry Street.

But other than being one of the places where Spring Heeled Jack was sighted, Everton is also known for being the home of a successful football club, Everton F.C. Their rivalry with Liverpool F.C. has been well documented and is the reason for the Merseyside Derby. Both clubs come from the same city and the rivalry has just intensified over the years, both on and off the field.

Everton is an ancient settlement. Just like Liverpool, it was one of the six unnamed berewicks of West Derby. It was a small rural parish of Walton-on-the-Hill up until the late 18th century. However, the rise of wealth in nearby Liverpool made merchants lived further afield.

Everton was built up by the early 19th century due to the increase in slums and demand for housing. In 1835, Everton became a part of Liverpool.

Everton Park – a modern park that sits on a historic site that overlooks the city and river. It is easily accessible from the city centre and on a clear day, offers great views of the Welsh mountains. Other features include a nature garden, heritage trail, fitness equipment, grassland meadows and woodland, multi-use games area and children's playgrounds. Whether you want Everton flowers or just rest and relaxation, this is the place to be.

Whether you want to photograph flowers in Everton or do some other recreational activity, know that there are lots of options to choose from within the town or somewhere nearby.

St George's Church – a Grade I listed building that is one of the three earliest churches built in Liverpool by John Cragg.

59 Everton Road – used to be a TA centre in Liverpool. It was used by the 9th Kings who saw action during the First World War. It is still being used to this day by the very well-known Triangle Karate Club.

Everton Water Tower – a Grade II listed building that dates back to 1864.

Everton F.C., a football club, is named after the Everton area which was the location of St. Domingo's Church. In the past, Everton F.C.'s old name used to be St. Domingo's.

Everton is also the location of the crest image of the team – an old bridgewell known as Prince Rupert's Tower.

Whether you're into football or not, it's nice to catch a match between Everton and Liverpool just to see what the atmosphere is like. If you intend on bringing a date, you might want to send flowers to Everton to surprise her before taking her out to the game.