Most popular flowers sent to Burton On Trent, Staffordshire this month 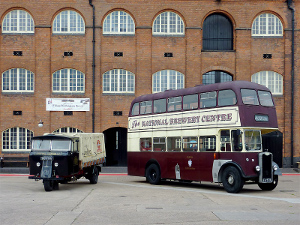 Burton-On-Trent, or Burton-Upon-Trent, in Staffordshire is one of the curious British towns that can't decide which region it belongs to. It's certainly well within the Staffordshire border, but the more subjective West Midlands/East Midlands divide runs somewhere through the town. The local accent and dialect is more East Midlands, but utilities and media services seem divided on the issue!

Burton-On-Trent is seated on the River Trent and was founded around the medieval Abbey, which was at the time the most important in Staffordshire. In 1712 a man named George Hayne rented the grounds of the Abbey and opened a warf and precinct that allowed the river to be used more effectively. This allowed the town to be a major player in the beer brewing and exporting business, a fine tradition it keeps to this day.

So send some flwoers to Burton-Upon-Trent today!

Burton-On-Trent flower delivery is easy to arrange and if you're having trouble deciding which flowers to send, Burton itself might give you some inspiration. The town takes part in the Britain in Bloom competition each year, with some lovely displays in gardens, hanging baskets and public spaces. The community works together and has won several gold medals. The River Trent supports a wide variety of plants and wildlife including some rare birds and flowers. It's also famous for the gardens along its banks, both formal and informal. Stapenhill Gardens is one fine example, with formal flower displays and plenty of green space, a play park and woodlands. Gardeners and flower lovers will also appreciate the gorgeous bluebell walks held at Yoxall Lodge in the spring. The woods really are carpeted in bluebells and there is a good variety of ancient British trees. There are other woodland spring favourites too, such as primroses and wood sorrel, all supporting an ecosystem that includes some magnificent birds and woodland creatures.

Our flowers delivery services in Burton On Trent, Staffordshire are usually made by DPD or Royal Mail Special Delivery. 99.9% of our flowers are delivered by 5pm on the requested day - (more commonly before noon), except UK Public Holidays. We also offer a range of next-day flower delivery options in Burton On Trent, Staffordshire - specific information is available during checkout.