Our florists love making bouquets and arrangements for UK flower delivery, and we can send flowers to Croxden, Staffordshire for you. We have a wide range of Roses, Freesia flower bouquets, and Lilies, as well as Classic Bouquets and our Colourful flower Bouquets, and our range of Flowers under £21.00. Our home page provides more information on our extensive range of next-day flower delivery services, all of which are available for next day UK flower delivery to Croxden, Staffordshire, Or indeed anywhere in the UK! When you're thinking of a gift to give on birthdays, anniversaries, Mother's Day, Valentine's Day and other occasions, why not send flowers to Croxden, Staffordshire? Through us, you can choose from a variety of bouquets to those close to your heart. We also offer next-day delivery service in case you want your blooms to arrive right on schedule. So if you want flowers delivered on special occasions, make sure to order flowers for delivery to Croxden, Staffordshire. Best of all, our seven day freshness guarantee means you can rest assured knowing your special someone will enjoy their flowers for days after delivery.

Most popular flowers sent to Croxden, Staffordshire this month 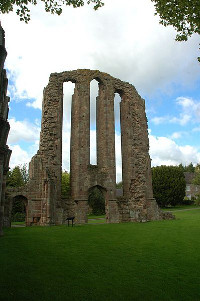 Order Flowers for Delivery to Croxden

Croxden, in Staffordshire, England, is a delightful small village perhaps best known for its location, right against the old ruins of Croxden Abbey. This impressive structure, built in 1176, is still a beautiful site, owned and cared for by English Heritage. Until the dissolution of the monasteries in the 16th century the Abbey was run by Cistercian monks (known as 'white' monks) who made their living caring for sheep. It was an operational abbey for 350 years. Upon its closure it was left behind by the Abbot and 12 remaining monks. Despite the road running unfortunately through the middle of it, the Abbey is well maintained and has beautiful grounds in the midst of a working farm. It's free to visit within the hours of 10am and 5pm except during certain bank holidays such as Christmas day and New Year's Day.

Croxden itself is a beautiful rural village with great charm. Its location makes it ideal for spotting rare and common wild flowers and its residents keep their gardens with pride. The surrounding countryside is beautiful, with wild flowers, plants and trees gracefully framing the village and Abbey ruins. In and around Croxden flower delivery is easily arranged, with Clare Florist's online service meaning you can order flowers at the time which suits you best.

Clare Florist - your no.1 choice for flower delivery in Croxden.

In the wider area, Staffordshire is well blessed with flowers. Several grand gardens are open to the public, with impressive flower displays and formal gardens. The formal knot gardens at Mosely Old Hall for instance have been recreated alongside many other popular seventeenth century garden styles in keeping with the house. It has some lovely topiary and plants and flowers that would have once been used for dying cloth, cleansing and various medical purposes. Shugborough Hall in Milford is an 18th century riverside garden with many objects of interest among its shrubberies, trees and butterfly attracting herbaceous borders. It also has a relatively newly opened walled garden, once used for hothouse fruits and flowers.

Our flowers delivery services in Croxden, Staffordshire are usually made by DPD or Royal Mail Special Delivery. 99.9% of our flowers are delivered by 5pm on the requested day - (more commonly before noon), except UK Public Holidays. We also offer a range of next-day flower delivery options in Croxden, Staffordshire - specific information is available during checkout.