Our florists love making bouquets and arrangements for UK flower delivery, and we can send flowers to Bridgehall, Stockport for you. We have a wide range of Roses, Freesia flower bouquets, and Lilies, as well as Classic Bouquets and our Colourful flower Bouquets, and our range of Flowers under £21.00. Our home page provides more information on our extensive range of next-day flower delivery services, all of which are available for next day UK flower delivery to Bridgehall, Stockport, Or indeed anywhere in the UK! When you're thinking of a gift to give on birthdays, anniversaries, Mother's Day, Valentine's Day and other occasions, why not send flowers to Bridgehall, Stockport? Through us, you can choose from a variety of bouquets to those close to your heart. We also offer next-day delivery service in case you want your blooms to arrive right on schedule. So if you want flowers delivered on special occasions, make sure to order flowers for delivery to Bridgehall, Stockport. Best of all, our seven day freshness guarantee means you can rest assured knowing your special someone will enjoy their flowers for days after delivery.

Most popular flowers sent to Bridgehall, Stockport this month

Send your fresh petals to Stockport with Clare Florist 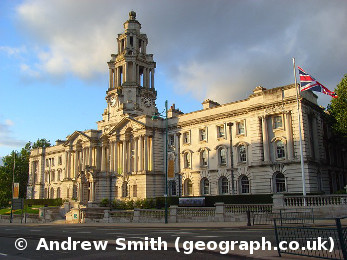 Stockport lies on the River Mersey at the point where the Rivers Tame and Goyt join, some 6 miles south east of Manchester. Thanks to an extensive network of florists, it's easy to arrange next day delivery flowers in Stockport. Whether you're looking for a small hand-tied bunch, an elegant bouquet or a series of decorative flowers for an even such as a wedding or dinner party, you can rest assured that only the highest-quality blooms will be used.

Long associated with the textile trade, Stockport was once the centre of the UK's hat-making industry, producing more than 6 million hats a year at the peak of production. The last hat works closed down in 1997 but the legacy of this once thriving local industry has been preserved within a dedicated local museum.

Stockport is also famous for its huge network of underground tunnels which were used as air raid shelters during the Second World War. Carved into the sandstone rock on which the town is built, the tunnels were opened in 1939 and, at the time, were the largest civilian shelters in the whole country.

The perfect present for your friends in Stockport

Open to the public since 1996, the shelters have gone on to become an award-winning attraction that allows visitors to experience what life was like during the days of the blitz. Flowers are one of the main attractions of Vernon Park, also known as Pinch Belly Park, the oldest public park in Stockport. Featuring a lily pond, sunken rose garden, herbaceous borders and numerous historical plant collections, the park has recently been restored to its Victorian glory.

On the Western edge of the town centre you'll find the Stockport Viaduct, an imposing structure completed in 1840 that required more than eleven million bricks to build. Though no longer the largest railway viaduct in the world, it remains a marvel of Victorian engineering and ingenuity.