Most popular flowers sent to Brindley Ford, Stoke On Trent this month 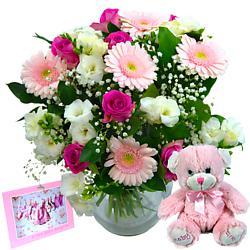 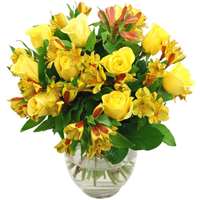 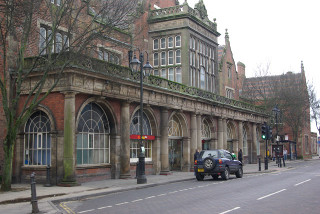 Stoke-on-Trent is a city and large urban area in North Staffordshire, consisting of a conurbation of six different towns and villages that came together in the early 20th Century - these were Stoke-upon-Trent, Burslem, Longton, Fenton, Hanley and Tunstall. To this day, this means that the city is very much a federation, with these different constituent parts forming multiple centres, although Hanley is widely considered to be the primary commercial area in Stoke. The area is often known as the Potteries as it is home to the United Kingdom's pottery industry, with the remarkable kilns still visible on the skyline and, along with the nearby borough of Newcastle-under-Lyme, it forms the Potteries Urban Area.

Stoke's industrial heritage is a major part of the city's past and today there is still a great pride in the past not just in the Potteries but also in coal-mining and steel industries too. As such, there are numerous museums to celebrate this past, including one dedicated to Wedgwood possibly the world's most famous pottery brand. Stoke is also renowned for its sport with Stoke City FC and Port Vale FC both being based locally and, though a great rivalry once existed between the teams, the present-day gulf between their league performances has resigned that to history. One other major attraction of Stoke is the Alton Towers Resort, the most popular theme park in the UK, located a mere ten miles outside the city.

Stoke's central English location, around halfway between Manchester and Birmingham, makes it excellent for transport links nationwide. Stoke-on-Trent flower delivery is made especially easy thanks to great connections to the M6 motorway via the local A500 road. In addition, the city's main railway station provides services on the Stafford-Manchester and the Crewe-Derby lines and the Virgin Pendolino trains offer services to and from London, taking just over an hour.

Our flowers delivery services in Brindley Ford, Stoke On Trent are usually made by DPD or Royal Mail Special Delivery. 99.9% of our flowers are delivered by 5pm on the requested day - (more commonly before noon), except UK Public Holidays. We also offer a range of next-day flower delivery options in Brindley Ford, Stoke On Trent - specific information is available during checkout.