Our florists love making bouquets and arrangements for UK flower delivery, and we can send flowers to Stoke Ash, Suffolk for you. We have a wide range of Roses, Freesia flower bouquets, and Lilies, as well as Classic Bouquets and our Colourful flower Bouquets, and our range of Flowers under £21.00. Our home page provides more information on our extensive range of next-day flower delivery services, all of which are available for next day UK flower delivery to Stoke Ash, Suffolk, Or indeed anywhere in the UK! When you're thinking of a gift to give on birthdays, anniversaries, Mother's Day, Valentine's Day and other occasions, why not send flowers to Stoke Ash, Suffolk? Through us, you can choose from a variety of bouquets to those close to your heart. We also offer next-day delivery service in case you want your blooms to arrive right on schedule. So if you want flowers delivered on special occasions, make sure to order flowers for delivery to Stoke Ash, Suffolk. Best of all, our seven day freshness guarantee means you can rest assured knowing your special someone will enjoy their flowers for days after delivery.

Most popular flowers sent to Stoke Ash, Suffolk this month 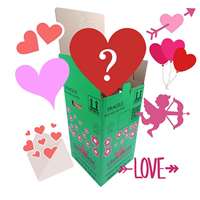 Stoke Ash is a village and civil parish in the Mid Suffolk , just off the A140 between Ipswich and Norwich. The A140 separates the village in two, with homes, church, post office and village hall to the east site, and the Chapel Lane, Baptist church and more homes to the north. As of 2011, it has a population of over 300.

Evidence shows that Romans settled in Stoke Ash during its earlier period. There were Roman coins and pottery pieces that have been collected in the area, and Roman tiles were also found in the wall tower over the doorways in the All Saints Church. It was also believed that they had a military trading post as shown by the military pieces and overseas household wares. In 1086, the village was mentioned in the Domesday Book and was known as Stoches Stotas.

The village’s population back in 1801 was divided between those employed in agriculture and those involved in trade, manufacture, handicraft and other trades. With the soil of Stoke Ash having a mix of subsoil and clay, its principal crops are barley, beans and wheat. Thirty years later, more than half of the population were either labourers or servants, 20% were middle class, 15% are employers and professionals, and 2% are categorised as ‘others’.

The All Saints Church

Built towards the northern end of the village, the All Saints Church dates back to the Saxon times and was also mentioned in the Domesday Book. It had a thatched roof and a wildlife conservation area in the churchyard. Here, a variety of flora and fauna was made to flourish, including beautiful and rare flowers in Stoke Ash. Most of the church’s structure is 14th-century old. It features 3 doorways with Norman arches.

Given by Lord Henniker to the villagers of Stoke Ash, the Village Hall used to be the old school that was converted. Until electricity was installed, the Village Hall was lit by gaslight. In 1983 the building was extended and then opened by Lady Henniker.
The Green, on the other hand, was given to the villagers by a Mr Poppy. Both the village hall and green is a venue where regular events are held to raise funds for both the hall and the All Saints Church.

The White Horse Inn has a very interesting history. It was built at the time when Charles the 1st ruled and was completed just two years before he was beheaded. Before it officially became an inn, it was used in various ways — farm house, public house, roadside cafe and coaching inn. The building has gone through many changes, but the fireplace is original. During the 19th century, it was where servants are hired.

Aside from historical buildings, there is a wide expanse of green, decorated with Stoke Ash flowers, in the village. Although there isn’t plenty of landmarks and tourist attractions in the area, it serves as the perfect venue to enjoy some peace and quiet.

If you are looking to send flowers to Stoke Ash, we have a large range of flowers perfect as gifts for weddings, birthdays, anniversaries and other occasions. Order flowers for delivery to Stoke Ash and make your special someone or a friend in Stoke Ash happy.