Our florists love making bouquets and arrangements for UK flower delivery, and we can send flowers to Berrylands, Surbiton for you. We have a wide range of Roses, Freesia flower bouquets, and Lilies, as well as Classic Bouquets and our Colourful flower Bouquets, and our range of Flowers under £21.00. Our home page provides more information on our extensive range of next-day flower delivery services, all of which are available for next day UK flower delivery to Berrylands, Surbiton, Or indeed anywhere in the UK! When you're thinking of a gift to give on birthdays, anniversaries, Mother's Day, Valentine's Day and other occasions, why not send flowers to Berrylands, Surbiton? Through us, you can choose from a variety of bouquets to those close to your heart. We also offer next-day delivery service in case you want your blooms to arrive right on schedule. So if you want flowers delivered on special occasions, make sure to order flowers for delivery to Berrylands, Surbiton. Best of all, our seven day freshness guarantee means you can rest assured knowing your special someone will enjoy their flowers for days after delivery.

Most popular flowers sent to Berrylands, Surbiton this month 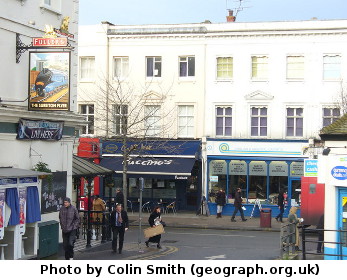 Surbiton is a town in the south west of London and is a part of the Royal Borough of Kingston upon Thames. Located close to the Thames River, it is approximately eleven miles away from the centre of the city. After the inauguration of the railway, the town started to develop at an incredible rate and today, it has excellent transport links, including road links close by, at Hook and Tolworth and fast trains into central London. The rail station is considered by many to be one of the most impressive modern stations in the United Kingdom. Created in the late 1930s by the architect J Robb Scott, it is an Art Deco building and features an asymmetrical tower.

Surbiton is one of the most sought after residential areas in this part of London and is home to a mixture of small chain stores and independently owned shops, along with a large shopping centre. There is a great cafe and bar culture here too, with plenty of traditional and contemporary venues to choose from when you feel like having a cup of coffee or a glass of wine. The residents take great pride in the appearance of the town; flower delivery in Surbiton is popular and you'll often see pretty flowers lining the windowsills here in the warmer months.

The perfect gift for your friends in Surbiton

There are several open spaces in this area too, the most popular of which is Fishponds, which was once part of the grounds of a Georgian property from the 18th century. In addition to this, there is the majestic Hampton Court Palace. In terms of landmarks, Surbiton Clock Tower is one of the most well-known; this was constructed in the year 1908, so as to commemorate King Edward VII's coronation. Standing at twenty metres tall, it is quite a spectacular sight.