Most popular flowers sent to Boldmere, Sutton Coldfield this month 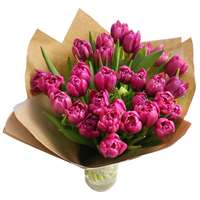 Located in the West Midlands of England, the town is home to lovely parkland and a few historic houses. It makes a lovely destination for those who want to spend a romantic getaway – don't forget to buy Sutton Coldfield flowers to present to them – or leave the city to recharge their batteries.

Sutton Park – one of the largest urban parks found in England. It's a national nature reserve and Site of Special Scientific Interest. A mix of healthland, wetlands, marshes, lakes and ancient woodlands, the park offers a wide range of leisure activities such as bike riding, pony trekking, dog walking and kite flying.

That said, the park does make a lovely spot for a romantic picnic. Of course, buying flowers in Sutton Coldfield and presenting them to your date makes the occasion even more special.

If you can't bring a meal of your own, there are several establishments within the park offering food and refreshments such as Blackroot Bistro, The Boathouse at Bracebridge and Miller and Carter.

Historic houses – being an area of affluence in the past, it's no wonder so many manors and large houses exist in town. Some of these have been transformed into hotels such as the New Hall Hotel, Moor Hall Hotel and Moxhull Hall Hotel.

If you're booking a stay here for a romantic trip and don't have time to buy some blooms, you can always send flowers to Sutton Coldfield for that matter. 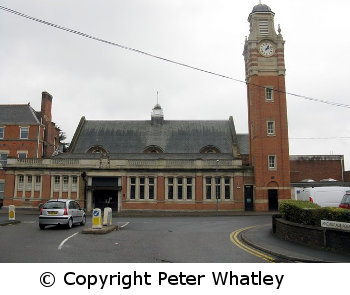 Sutton Coldfield's name is derived from being a “south town on the edge of the col field” where col refers to charcoal.

The earliest signs of human settlement have been found on the boundaries of the town. When the M6 Toll road was being constructed, archaeological surveys found evidence of burnt mounds from the Bronze Age. Additionally, evidence of an Iron Age settlement has also been discovered through excavations.

Sutton Park is the most visible part of town where Roman presence was evident. Some three Roman coins were found, along with Roman pottery kiln.

The Anglo-Saxon kingdom of Mercia was the next to occupy Sutton Coldfield and this was when the town had its origins as a hamlet, as evidenced by the hunting lodge built at Maney Hill for Mercian leaders.

This area became known as Southun or Sutton where “ton” meant townstead to the south of Tamworth, which was the capital of Mercia. The manor then became known as Sutone and was held by Edwin, Earl of Mercia when Edward the Confessor was king.

When Edward died, the manor – and the rest of Mercia – came into the Crown's possession, which was then ruled by William the Conqueror. As a result, Sutton became a Royal Forest.

In 1135, King Henry I exchanged Sutton for the manors of Hockham and Langham in Rutland with Roger de Beaumont, 2nd Earl of Warwick. The manor remained in the possession of the Warwick family for 300 years.

There is no exact date to point when the manor began to develop, but a charter was granted by Edward I to Guy de Beauchamp, 10th Earl of Warwich, in 1300 to hold a market every Tuesday, as well as an annual fair.  It never fully developed into a market town, however.

By the 15th century, the town developed a military connection thanks to Sir Ralph Bacebridge who got a lease for his lifetime for the Manor and Chase of Sutton Coldfield from the Earl of Warwick. As a result, the town became an important training ground for English soldiers during the wars of England and France.

As a result of the War of the Roses, the town began to decay. However, Bishop Vesey led the revival of the town where he established a grammar school and allowed people to let their cattle graze in what is now known as Sutton Park for a small fee.

The 16th century saw the town continue to expand and its industry emerged. The 17th and 18th centuries were a period of unrest due to the outbreak of the English Civil War. Despite that, industry contributed to the economic growth of the town.

By the 19th century, Sutton became a popular town to visit for picnics and to escape the pollution of the city. It also became a commuter town to Birmingham.

Entering the 20th century, the town continued to grow with lots of houses being constructed.

Our flowers delivery services in Boldmere, Sutton Coldfield are usually made by DPD or Royal Mail Special Delivery. 99.9% of our flowers are delivered by 5pm on the requested day - (more commonly before noon), except UK Public Holidays. We also offer a range of next-day flower delivery options in Boldmere, Sutton Coldfield - specific information is available during checkout.