Our florists love making bouquets and arrangements for UK flower delivery, and we can send flowers to Craigcefnparc, Swansea for you. We have a wide range of Roses, Freesia flower bouquets, and Lilies, as well as Classic Bouquets and our Colourful flower Bouquets, and our range of Flowers under £21.00. Our home page provides more information on our extensive range of next-day flower delivery services, all of which are available for next day UK flower delivery to Craigcefnparc, Swansea, Or indeed anywhere in the UK! When you're thinking of a gift to give on birthdays, anniversaries, Mother's Day, Valentine's Day and other occasions, why not send flowers to Craigcefnparc, Swansea? Through us, you can choose from a variety of bouquets to those close to your heart. We also offer next-day delivery service in case you want your blooms to arrive right on schedule. So if you want flowers delivered on special occasions, make sure to order flowers for delivery to Craigcefnparc, Swansea. Best of all, our seven day freshness guarantee means you can rest assured knowing your special someone will enjoy their flowers for days after delivery.

Most popular flowers sent to Craigcefnparc, Swansea this month

Send flowers to Swansea with free next day delivery 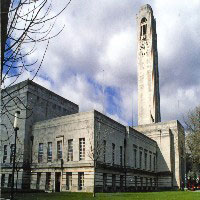 Swansea is a city on the south-west coast of Wales on the beautiful Gower peninsula. Inhabited since the Stone Age the city was originally a Viking settlement. During the Industrial Revolution the city was famous for coal mining and copper production but as these industries declined towards the latter end of the 20th century the city has reinvented itself as a centre for tourism with some world-class shopping facilities.

The city has often played host to the Welsh National Eisteddfod, an ancient tradition which celebrates Welsh poetry, literature, song and dance. The Eisteddfod has strong elements of druidism with white robes, stone circles and the crowning of poets of great merit. Dylan Thomas was born in the town and there is a memorial to him in Cwymdonkin Park. Another notable citizen is the Hollywood actress Catherine Zeta Jones.

Swansea is home to the largest indoor market in the country. Housed under an impressive roof of glass and steel the current building dates back to 1960 and replaces an earlier building which was destroyed during World War II bombing raids. However, there is evidence that there has been a market on the site dating back to the Middle Ages. The market is home to stalls selling all manner of goods including clothing, jewellery, fruit, vegetables and meat. There is a thriving flower market which ensures that in Swansea flower delivery guarantees the very freshest blooms available. A new shopping centre, The Quadrant was built to the rear of the market in the 1970s.

Swansea: a historic city of flowers

Swansea was promoted to a city during the investiture of the Prince of Wales in 1969. Many of the original historic buildings at its centre were destroyed during the Blitz meaning that much of the current architecture dates from after the war. However, the ruins of Swansea Castle survived the bombing and now feature as a tourist attraction in the city.

Our flowers delivery services in Craigcefnparc, Swansea are usually made by DPD or Royal Mail Special Delivery. 99.9% of our flowers are delivered by 5pm on the requested day - (more commonly before noon), except UK Public Holidays. We also offer a range of next-day flower delivery options in Craigcefnparc, Swansea - specific information is available during checkout.