Our florists love making bouquets and arrangements for UK flower delivery, and we can send flowers to Swindon for you. We have a wide range of Roses, Freesia flower bouquets, and Lilies, as well as Classic Bouquets and our Colourful flower Bouquets, and our range of Flowers under £21.00. Our home page provides more information on our extensive range of next-day flower delivery services, all of which are available for next day UK flower delivery to Swindon, Or indeed anywhere in the UK! When you're thinking of a gift to give on birthdays, anniversaries, Mother's Day, Valentine's Day and other occasions, why not send flowers to Swindon? Through us, you can choose from a variety of bouquets to those close to your heart. We also offer next-day delivery service in case you want your blooms to arrive right on schedule. So if you want flowers delivered on special occasions, make sure to order flowers for delivery to Swindon. Best of all, our seven day freshness guarantee means you can rest assured knowing your special someone will enjoy their flowers for days after delivery.

Most popular flowers sent to Swindon this month 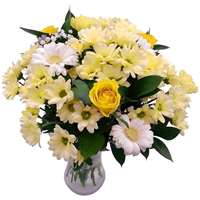 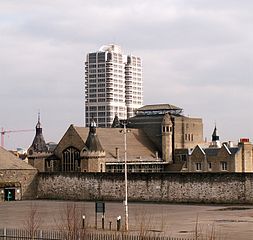 In South West England, between Bristol and Reading, sits the county of Wiltshire and its largest town, Swindon. The town of Swindon has a rapidly growing population now it boasts 209,000 people, which is an increase of over 16 percent in the last 10 years.

The settlement of Swindon is Saxon in its origins the town was built at the pinnacle of a limestone hill to make defence of the area as simple as possible. The site of the original settlement is now referred to as Swindon Old Town.

Guesses have been made as to the origins of the name of the town. For example, some historians believe the name comes from the words "swine" meaning pig and "dun" meaning hill, making the name of the settlement quite literally Pig Hill. Others think it is named after a local landlord named Sweyn.

Throughout history, Swindon has been known as a market town, but the area saw changes in its industrial makeup with the building of two canals through the area in 1810 and 1819. The Wilts and Berks Canal and the North Wilts Canal opened the area to the industrial revolution, allowing for trade in the area. Industry was further boosted in the area with the building of Isambard Kingdom Brunel's railway works in the 1840s.

The geography of the area is predominantly made of chalk hills although there are also outcrops of clay here. There are several parks in the area too, allowing residents to enjoy the beauty of the great outdoors.

Use flowers to celebrate special events in Swindon, such as birthdays, anniversaries and Christenings. For next day delivery flowers in Swindon, speak to Clare Florist. The experts at Clare provide bouquets for all eventualities, from local blooms to more exotic floral displays.

Our flowers delivery services in Swindon are usually made by DPD or Royal Mail Special Delivery. 99.9% of our flowers are delivered by 5pm on the requested day - (more commonly before noon), except UK Public Holidays. We also offer a range of next-day flower delivery options in Swindon - specific information is available during checkout.

We also deliver flowers to these locations in Swindon

There is no small print! When you order flowers for delivery in Swindon with Clare Florist, that's exactly what you get - flowers delivered in Swindon, without any fuss.