Most popular flowers sent to Stratford Upon Avon, Warwickshire this month 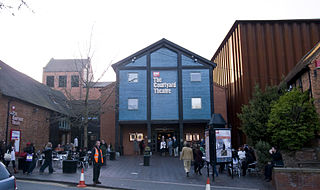 The birthplace of William Shakespeare, Stratford-upon-Avon still revels in its literary heritage and rates as one of the UK's most popular visitor destinations. A trip to Stratford-upon-Avon is a journey back in time where history and culture intertwine to provide a true flavour of Olde England.

Stratford-upon-Avon's name evolved from the site once being the location of a Roman Road fording the River Avon on whose banks the market town now resides. It is in close proximity to the Cotswolds, Birmingham, Coventry, Worcester and Warwick.

Since the time of the first theatre built in the town in 1769 for a Shakespeare Jubilee, Stratford-upon-Avon has become the home of Shakespearean plays. This theatre was washed away in floods, the second fell derelict. A further temporary building was dismantled soon after construction and another destroyed by fire. The theatre which today stands on the riverside was opened in 1932 by the soon-to-be King Edward VIII.

Aside from its theatres, the town boasts five houses which relate to Shakespeare's life including Hall's Croft, Nash's House, New Place (Shakespeare's own house and place of his death), Anne Hathaway's Cottage and Palmer's Farm. The church in Stratford is also where he was baptised and is buried.

More great reasons to order flowers in Stratford Upon Avon

Shakespeare was reputedly a keen gardener and there are many horticultural references in his work leading to the creation of Shakespeare Gardens across the world, particularly in the USA.

Perhaps Shakespeare's most well known reference to flora is found in Romeo and Juliet, "What's in a name? That which we call a rose by any other name would smell as sweet." Also in Hamlet Ophelia speaks of various plants including pansies, fennel, columbines, herbs, daisies and violets.

Surely if Shakespeare were alive today he would be glad of next day flower delivery to Stratford-upon-Avon for flowers not grown in his own garden and would no doubt be amused at the many gardens across the globe named after him.

Our flowers delivery services in Stratford Upon Avon, Warwickshire are usually made by DPD or Royal Mail Special Delivery. 99.9% of our flowers are delivered by 5pm on the requested day - (more commonly before noon), except UK Public Holidays. We also offer a range of next-day flower delivery options in Stratford Upon Avon, Warwickshire - specific information is available during checkout.