Our florists love making bouquets and arrangements for UK flower delivery, and we can send flowers to Winchburgh, West Lothian for you. We have a wide range of Roses, Freesia flower bouquets, and Lilies, as well as Classic Bouquets and our Colourful flower Bouquets, and our range of Flowers under £21.00. Our home page provides more information on our extensive range of next-day flower delivery services, all of which are available for next day UK flower delivery to Winchburgh, West Lothian, Or indeed anywhere in the UK! When you're thinking of a gift to give on birthdays, anniversaries, Mother's Day, Valentine's Day and other occasions, why not send flowers to Winchburgh, West Lothian? Through us, you can choose from a variety of bouquets to those close to your heart. We also offer next-day delivery service in case you want your blooms to arrive right on schedule. So if you want flowers delivered on special occasions, make sure to order flowers for delivery to Winchburgh, West Lothian. Best of all, our seven day freshness guarantee means you can rest assured knowing your special someone will enjoy their flowers for days after delivery.

Most popular flowers sent to Winchburgh, West Lothian this month

Send your warm petals to Winchburgh with Clare Florist 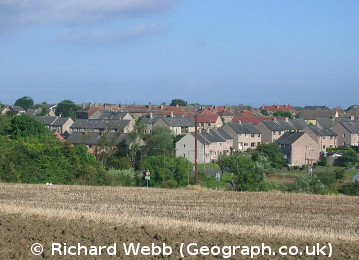 Winchburgh is a small town in West Lothian, Scotland, located some 10 miles west of Edinburgh city centre. The villages of Broxburn and Linlithgow lie a handful of miles to the east. There has been human habitation in the area for the best part of the last thousand years.

There has also been a large redevelopment project in Winchburgh, which is still in progress. The objective is to improve facilities and housing in the area, with the intended aim of making the village a desirable place to move to from Edinburgh and other towns in the Lothians. The development of parks and wildlife areas is part of this process as well as the transformation of the clay pit into what developers expect to be one of the most attractive urban parks in Scotland. This influx of new residents should see the demand for next day delivery flowers in Winchburgh rise significantly.

Not that Winchburgh is short of attractive flower displays now. The town has a number of interesting features called 'shale bings.' These are a remnant of the town's oil shale mining industry of the 19th century. Some of these bings have turned into attractive hills, covered with beautiful wild flowers, bushes and heather. Rabbits and occasional deers can be seen among the bings.

The best way to surprise your friends in Winchburgh

Beautiful gardens can be found in the town, as well as a well-known local man who won the West Lothian Gardening Competition in 2012. Niddry Castle has been the site of extensive archaeological investigations and was also the home of 17th century gardener John Reid, who wrote his book 'The Scots Gardener' in 1683. The castle's tower dates back to the 15th century and Mary, Queen of Scots, briefly stayed here in 1568, after her escape from confinement at Loch Leven Castle. There is also an impressive and attractive golf course situated in the grounds of the castle.

Our flowers delivery services in Winchburgh, West Lothian are usually made by DPD or Royal Mail Special Delivery. 99.9% of our flowers are delivered by 5pm on the requested day - (more commonly before noon), except UK Public Holidays. We also offer a range of next-day flower delivery options in Winchburgh, West Lothian - specific information is available during checkout.