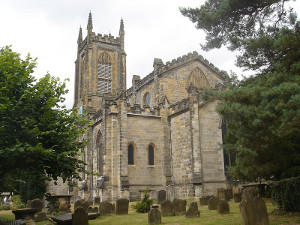 East Grinstead is a town located in West Sussex, not far from the borders with East Sussex, Kent and Surrey. It is also conveniently located near to several other major towns such as Crawley, Reigate and Tunbridge Wells, to name but a few. In addition, it is only a short distance (around 27 miles) to London and is extremely close to Gatwick Airport, which offers excellent international connections. In terms of its rural location, it is situated within the Weald and the vast expanses of Ashdown Forest, setting for A. A. Milne's Winnie-the-Pooh stories, lie only a short distance to the south.

East Grinstead is an evidently historic town, with one of the longest runs of timber-framed buildings in the country along the High Street. Elsewhere, there are numerous other significant properties, including Sackville College, an almshouse where the Christmas carol, 'Good King Wenceslas' was written, as well as Standen and Hammerwood House, located on the town's outskirts. More recently, during the Second World War, East Grinstead suffered a disastrous bombing which saw the greatest loss of life in East Sussex by air raid during the war years. The town is also well-situated to provide access to numerous attractions, including Winston Churchill's house at Chartwell and Anne Boleyn's residence at Hever Castle.

These flowers will look great in your East Grinstead home!

The travel connections of East Grinstead are excellent, with the railway station serving the Three Bridges to Tunbridge Wells line as well as regular services to London Victoria. Flower delivery in East Grinstead is facilitated by an extensive road network, with the town positioned on the junction between the A22 and A264 roads and not far from the M23 and M25 motorways. As well as the proximity of Gatwick, the town has air potential via Biggin Hill airport and the Redhill Aerodrome and Biggin Hill airport, both accessible within half an hour of the town.

Our flowers delivery services in East Grinstead, West Sussex are usually made by DPD or Royal Mail Special Delivery. 99.9% of our flowers are delivered by 5pm on the requested day - (more commonly before noon), except UK Public Holidays. We also offer a range of next-day flower delivery options in East Grinstead, West Sussex - specific information is available during checkout.