Our florists love making bouquets and arrangements for UK flower delivery, and we can send flowers to Wirral for you. We have a wide range of Roses, Freesia flower bouquets, and Lilies, as well as Classic Bouquets and our Colourful flower Bouquets, and our range of Flowers under £21.00. Our home page provides more information on our extensive range of next-day flower delivery services, all of which are available for next day UK flower delivery to Wirral, Or indeed anywhere in the UK! When you're thinking of a gift to give on birthdays, anniversaries, Mother's Day, Valentine's Day and other occasions, why not send flowers to Wirral? Through us, you can choose from a variety of bouquets to those close to your heart. We also offer next-day delivery service in case you want your blooms to arrive right on schedule. So if you want flowers delivered on special occasions, make sure to order flowers for delivery to Wirral. Best of all, our seven day freshness guarantee means you can rest assured knowing your special someone will enjoy their flowers for days after delivery.

Most popular flowers sent to Wirral this month

Sending Flowers to The Wirral with Clare Florist 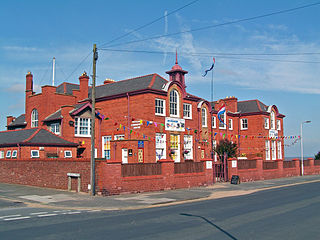 Wirral - or The Wirral as it's equally commonly known - is a small peninsular, roughly 15 miles long and 7 miles wide, between the Welsh border and the River Mersey. Although historically part of Cheshire, it is now divided between this county and Merseyside.

Sandwiched between Liverpool and Chester, Wirral became famous for its industries, particularly chemicals, after the Industrial Revolution, because of its proximity to the coast and raw materials, like coal. However, the name Wirral comes from the Anglo-Saxon word, wirrheal, meaning myrtle corner and it is believed the area was originally covered with bog myrtle.

The area has always prided itself on its public gardens and parks. Britain's first municipal park was opened in Birkenhead, the major town in Wirral. Designed by Joseph Paxton and opened in 1847, Birkenhead Park was an instant success and became the model for Central Park in New York. In Britain, it heralded the Parks Movement that campaigned to install open spaces and public gardens in industrial towns.

The most beautiful flowers for delivery to the Wirral

Later in the nineteenth century, William Lever, another industrialist in Wirral, built the Port Sunlight garden village for the workers at his soap factory. It was designed to house his workers in good conditions, in an environment with plenty of open spaces and with gardens where the residents could grow flowers and vegetables.

Today, Wirralians continue to display their love of all things floral at their famous flower and vegetable show, held in Birkenhead Park every summer. Here, flowers of every variety are showcased and judged and there are also floral design workshops where designs, at all levels of ability, can be created.

The Wirral, with its strong garden heritage and native love of natural beauty, is an excellent area for flower delivery. To send flowers to Wirral is to continue the link between Wirralians and their blossoms built up over the generations.

Our flowers delivery services in Wirral are usually made by DPD or Royal Mail Special Delivery. 99.9% of our flowers are delivered by 5pm on the requested day - (more commonly before noon), except UK Public Holidays. We also offer a range of next-day flower delivery options in Wirral - specific information is available during checkout.

There is no small print! When you order flowers for delivery in Wirral with Clare Florist, that's exactly what you get - flowers delivered in Wirral, without any fuss.