Our florists love making bouquets and arrangements for UK flower delivery, and we can send flowers to Hertfordshire for you. We have a wide range of Roses, Freesia flower bouquets, and Lilies, as well as Classic Bouquets and our Colourful flower Bouquets, and our range of Flowers under £21.00. Our home page provides more information on our extensive range of next-day flower delivery services, all of which are available for next day UK flower delivery to Hertfordshire, Or indeed anywhere in the UK! When you're thinking of a gift to give on birthdays, anniversaries, Mother's Day, Valentine's Day and other occasions, why not send flowers to Hertfordshire? Through us, you can choose from a variety of bouquets to those close to your heart. We also offer next-day delivery service in case you want your blooms to arrive right on schedule. So if you want flowers delivered on special occasions, make sure to order flowers for delivery to Hertfordshire. Best of all, our seven day freshness guarantee means you can rest assured knowing your special someone will enjoy their flowers for days after delivery.

Most popular flowers sent to Hertfordshire this month

Get flowers delivered to Hertfordshire with Clare Florist 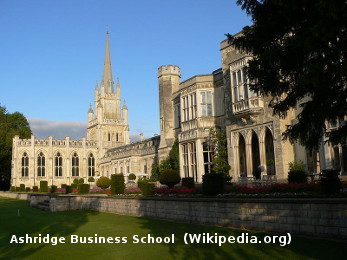 The county of Hertfordshire lies just 20 miles from London and is home to vibrant commuter towns such as Watford, Hertford and St Albans and a number of picturesque villages. Although Hertfordshire dates back to the Stone Age, it was the Romans who really left a mark with the construction of roads and other buildings. The most famous location is the ancient town of Verulamium, sited in St Albans. Remains of the city wall still stand and there is a museum displaying objects that have been excavated from the ground.

Hertfordshire is home to the Chilterns, an area of outstanding natural beauty, which is popular among nature lovers. Visitors to the Chilterns can explore the surroundings by foot or bike using one of the cycle paths that meander over the rolling chalk hills. The area is dotted with pretty villages containing thatched cottages, oak-beamed pubs and village greens.

Fans of Harry Potter will find much magic to conjure up with the recent opening of the Warner Bros Studio Tour which shows Harry Potter?s making-of. Go behind the scenes of the movie, take a ride on a broomstick and explore Hagrid's house.

Send flowers to your friends in Hertfordshire

Hertfordshire has an abundance of gardens and is home to the Royal National Rose Society, which welcomes tons of visitors during the summer months. Individuals can learn the history of roses and witness various planting styles.

Hertfordshire boasts many stately homes, many of which have attractive gardens that are open to visitors. Hatfield House has a woodland garden which blossoms with bluebells and daffodils during spring while at Knebworth House there are acres of green areas to explore. Younger visitors will be kept entertained, hunting for life-sized dinosaurs amongst the redwoods and rhododendrons.

Our flowers delivery services in Hertfordshire are usually made by DPD or Royal Mail Special Delivery. 99.9% of our flowers are delivered by 5pm on the requested day - (more commonly before noon), except UK Public Holidays. We also offer a range of next-day flower delivery options in Hertfordshire - specific information is available during checkout.

We also deliver flowers to these locations in Hertfordshire

There is no small print! When you order flowers for delivery in Hertfordshire with Clare Florist, that's exactly what you get - flowers delivered in Hertfordshire, without any fuss.