To raise £10,000 for Maggie’s Cancer Caring Centres and Lothian Autistic Society, Dave Baxter is cycling from London to Edinburgh from 13th to 20th August.  We did a similar, though much shorter, Charity Cycle Ride last year, from Dunfermline to Edinburgh, so when one of our team was invited to join this challenge, Dave Marshall jumped at the chance.

For Baxter, both charities have provided much needed support in raising his Autistic sons and coping with his mother’s battle with cancer, which she sadly lost in December 2009.  Here at Clare Florist, we are also proud to support these causes.  The Lothian Autistic Society offers valuable assistance to children and young people on the autism spectrum and their families.  As it is a small,  local charity, it’s great to be able to do something to raise money and awareness of such a worthy  cause.  Maggie’s Centres provide a variety of help, support and information for living with cancer, and is a cause that is already close to our hearts and to which a donation from each sale of our Maggie’s Flowers bouquets is made.

The cycle itself begins at the Maggie’s 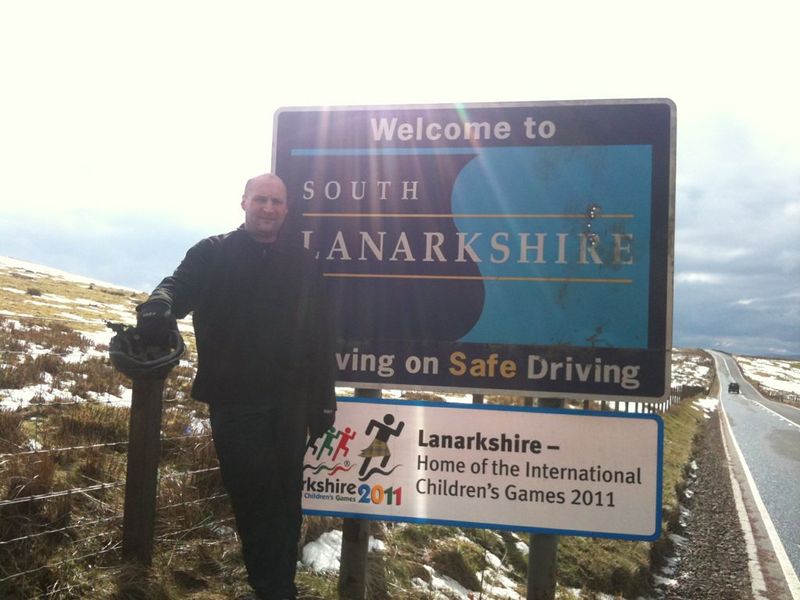 Centre in London, and after 8 days and over 500 miles, it comes to an end back home in Edinburgh.  With an average journey of 60+ miles each day, the guys have been in training now since January to prepare themselves for the challenge ahead.  Possibly not the best time to begin the hard work of training, with the ground still dotted with pockets of snow and both men choked with the cold, but off they went, eager and determined.  They now train together every Sunday, cycling 50-75 miles each time, and fit additional training in on weekdays where possible, though generally for shorter routes.  For the longer routes, they tend to favour the Lanarkshire route followed by some city cycling, but don’t have a regular route so vary this from time to time, and plan to do the Forth route cycling out to the Forth bridge, Kincardine bridge and back. 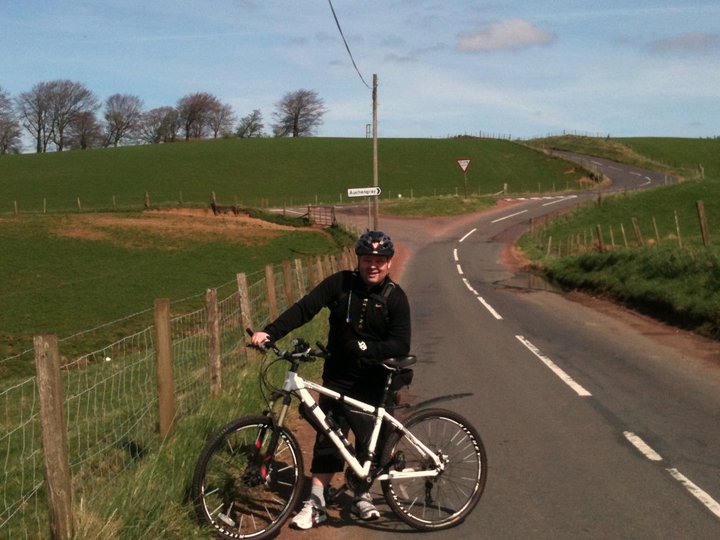 To increase their training as the main event draws near, the plan is to continue the Sunday sessions as they are, but up the ante during the midweek sessions, steadily increasing the mileage until all sessions are at the target average.  Measuring their progress along the way, both Daves have noticed an increase in their average speed and are finding some of the more challenging climbs on their routes less arduous – so some great progress already evident.  Another measure of their success to date has been the attention they’ve received from fellow cyclists.  Initially, the two were only really greeted by the more casual cyclists on route, however now the lycra-clad enthusiasts have acknowledged them as serious contenders, offering nods of recognition as they pass.

So that’s the story so far… we’ll keep you updated as the training continues!  In the meantime if you want to find out more about the Cycle, or donate to either of the charities, please visit the Just Giving pages for the Lothian Autistic Society and Maggie’s Centres.  Thanks!

Hip, hip hooray - Spring is on its way!