Tillandsia are a strange looking plant, wiry and course in their appearance with the odd occurrence of small purple and pink flowers. Unlike our previous posts, their not carnivorous like the Bladderwort or the Venus Fly trap their not to pretty either like the Pink Puya. What does make them incredibly weird is that they don’t grow in soil. Yep that’s not a typo, the Tillandsia is a type of Epiphyte or air plant meaning it takes its nutrients and water from the air around it. Even though you find them attached to other plants, they are not parasitic as they can also grow on things as foreign to plants as buildings or telegraph wires.

Tillandsia is a genus of around 540 species of 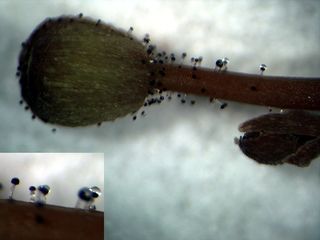 the bromeliad family and can be found in a variety of
habitats mainly forests, mountains and deserts of Central and South America, Mexico and southern USA. The leaf sizes vary depending on location; thinner leaves are found in the more damp and rainy areas where the thicker leaf verity is found in dry and open that can suffer. These differences all come from how the plant absorbs water and the nutrients dissolved within it. Covering the leaves are tiny hair like structures called Trichomes which grow outwards from the leaf and help to do two things, firstly increase the surface area of the leaf for absorption of water and also help to reflect solar radiation to protect the underlying tissues in the leaves. Another interesting feature of the Tillandsia is that they change there leaf colour (usually green to red) just before they are about to flower which is an indication of it being monocarpic, meaning that they only flower once and when they do, they die. 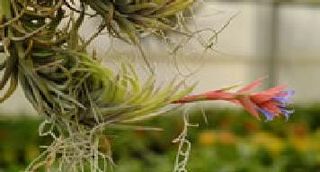 Welcome to the Clare Florist Blog

The Meaning of Roses - The Red Rose

Weird and Wonderful Wednesday Flowers - The Bird of Paradise