As we get closer to Christmas (only 33 days now) we will be taking a look at all those different types of foliage we associate with Christmas, from poinsettia to Christmas trees, each one is stooped in symbolism and tradition that is really quite interesting. Today we will look at Mistletoe. 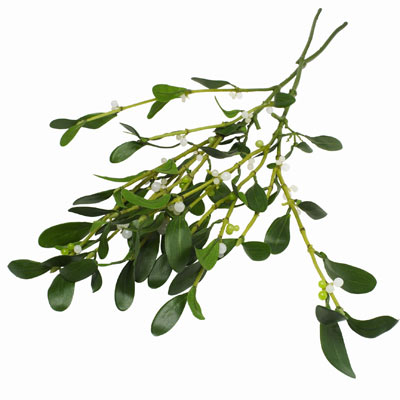 Mistletoe is an incredibly interesting plant in both how it survives and the vast amount of legend and folklore that surrounds it. From the earliest times mistletoe has been regarded as a magical and sacred plant in European culture being thought to give protection against poison, grant life and fertility, and as a mild aphrodisiac.  Bringing mistletoe into the home is the survival of traditions from the ancient Celtic druids, the Greeks and many other pre-Christian cultures. In the Middle Ages and later, mistletoe was hung above the entrances to doors, stables and from the ceiling to prevent the witches and other evil spirits entering the home. The traditions of kissing under the mistletoe is anther story entirely but can be traced back to the Greeks. 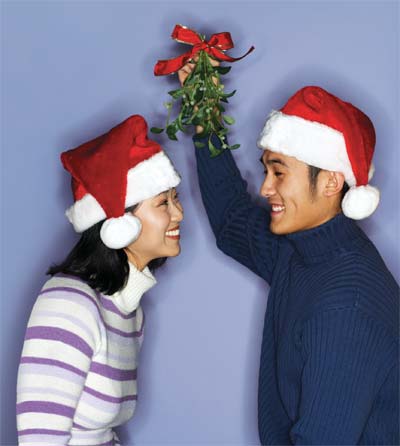 Kissing under the mistletoe can be first associated with the Greek festival of Saturnalia and later with primitive marriage rites in the belief that it could bestow fertility. In Scandinavia mistletoe was seen as a way of making peace between enemies or fighting spouses would kiss and make up. In the late eighteenth century the kissing ball, a ball of mistletoe, trimmed evergreens, ribbons, and ornaments, would be hung up and any young lady who stood underneath it could not refuse to be kissed. If the lady received a kiss it could blossom into a deep romance or a long lasting friendship. However if the lady remained unkissed she could expect not to marry the following year. In modern times a lot of these traditions have been lost, but the fun and festive nature of catching someone of guard under the mistletoe is rather humorous. One meaning that still has some significance is that a kiss under the mistletoe between two loved ones is a promise to marry as well as a prediction of happiness and long life, so be aware couples!

Why are those flowers so colourful?