Which Came First, the Flower or the Bee? 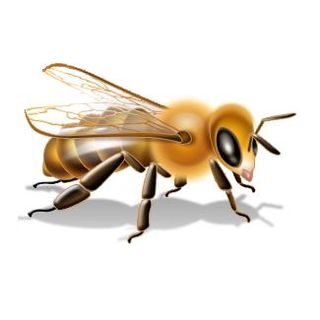 The answer seems obvious, doesn’t it? Bees live on flowers. They sup flowers’ nectar to make their honey, they perform elaborate dances to direct their brethren from bloom to bloom. The bee’s entire life is based around flowers. Like the bees in E. H. Shepard’s illustrations for Winnie the Pooh would cluster and buzz around a honeypot, so the life of a bee revolves around the flower.

But then you think about it again, and you think, well maybe not. Just as the bee needs the flower, so the flower needs the bee. The flower is the centre of the honeybee’s world; but it is the bee which allows the flowers to be (or should that say…to bee?). Bees carry pollen from flower to flower, fertilising the blooms so that new flowers can grow. The relationship is symbiotic; each depends upon the other.

Which is why the usual scientific assumption has been that the flower and the bee must have evolved more or less side-by-side, with each developing alongside the other until finally we ended up with the beautiful co-dependence which we see today. But evidence has cast doubt upon these cosy images, and suggested that in fact….it was the bee which came first.

We have evidence of what look very like fossilised versions of modern bees’ nests which have been dated to 220 million years ago – that’s a full 140 million years before flowering plants are thought to have arrived! 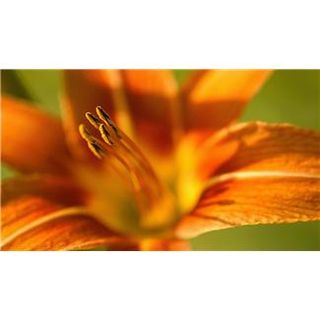 So if the bees had 140 million years to kill before flowers rocked up…what did they do with their time? Remember, bees are pollinators; that’s how they live. They spread flowers’ seeds, and in exchange the flowers provide them with nectar to eat. So how did pre-flower bees get their food?

Theorising on the point is fairly speculative – after all, there’s not a lot of delicate biological matter which will survive 220 million years so that we can prod it with scientific instruments. But Dr Thom Taylor, a paleobotanist from Ohio State University, argues that bees could have had relationships with non-flowering plants much like those they would later develop with flowers.

"It would not surprise me to learn that bees and fern plants developed a relationship that involved pollination."

In time, he theorises, flowers realised the bees’ potential as pollinators, and began to evolve to attract the bees with big, scented flowers. "Primitive angiosperms probably took advantage of this bee and wasp behavior by developing various colors of flowers as a pollination strategy to compete with gymnosperms," he says. "Over time, most of the insects actually shifted from gymnosperms to the flowering plants."

So though the chicken-and-the-egg debate may go forever unresolved, we do at least know one more thing than we used to; against all natural expectations, it was the bee which came before the flower. 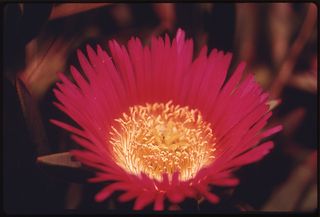 Welcome to the Clare Florist Blog