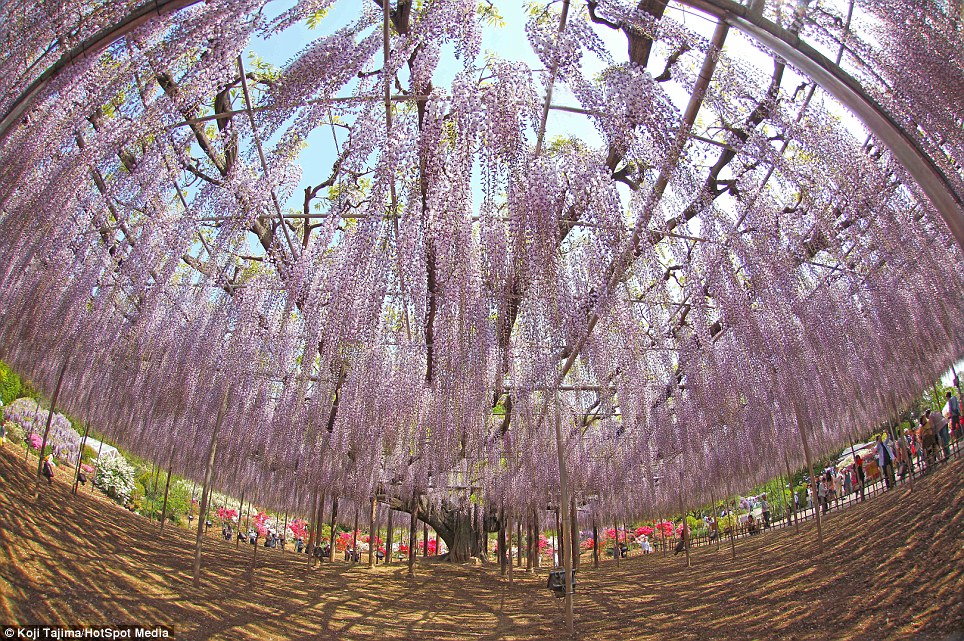 Wisteria, which normally grows as a vine or climbing plant, can with careful pruning be manipulated to grow as a self-supporting tree -- and that's exactly what's happened here.

One visitor to the park, quoted in the Daily Mail, described it as follows: 'Most people react in surprise when they see the Wisteria, as at first sight you wouldn't guess it were a real plant,' said Jeff.

'This is always followed by pure amazement - it's hard to take your eyes off the wisteria when you're standing in the fairy-tale environment.'

'As soon as I saw images of the wisterias online, I immediately knew that I had to go and see it for myself.'

the amazing photographs were taken by photographer Koji Tajima. 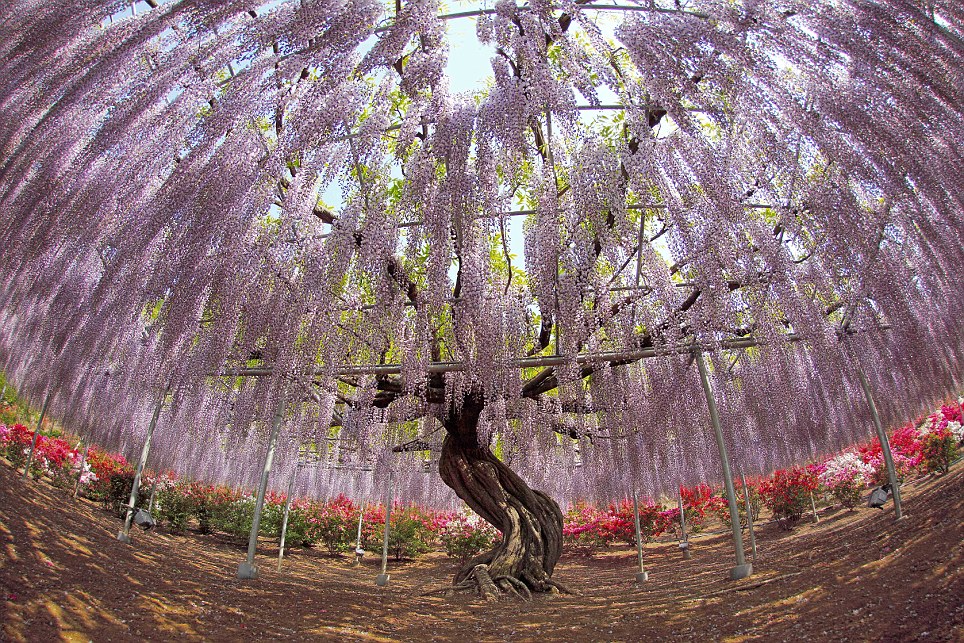 The Invisible Beauty of Flowers

The Great Gatsby - in flowers!