British Summertime is Upon Us! 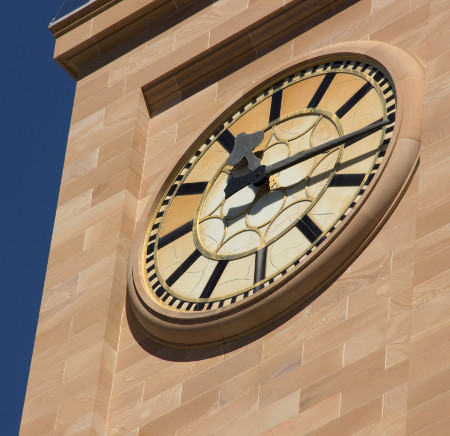 The clocks spring forward on the 29th of March this year, the last Sunday of the month, an event which heralds the beginning of British Summertime. As such, we can expect to see more daylight in the evenings and less in the mornings. As well as being excited by the prospect of the evenings drawing out, there is also the fact that it is British Summertime! OK, it isn’t actually the season of summer yet, but the fact that the clocks are changing means that the summer is looming inevitably closer.

To celebrate, we thought we’d have a look at the history of British Summertime as well as some interesting ideas on changing the current system of annual clock advancement.

British Summertime was first introduced in 1916, the result of a campaign by the builder William Willett. The idea was proposed even earlier by New Zealand based British entomologist George Vernon Hudson but it was Willett who campaigned for the clocks to actually be moved forward. Initially, clocks were moved ahead by a total of 80 minutes in 20 minute weekly increments for every Sunday in April. The procedure was then reversed in September.

This continued until the Second World War when some deviation from this schedule occurred. In 1940, clocks were not changed at the end of summer but they were advanced one hour each spring and then put back again in autumn right up until 1945. In effect, Britain was essentially two hours ahead of GMT during these summers; this came to be known as British Double Summer Time or BDST. Clocks were brought back into line with GMT at the end of the summer of 1945.

From October 1968, Britain experimented with British Standard Time in which clocks nationwide remained on GMT + 1 throughout the year. This continued until October of 1971 when the prior arrangement was reverted back to.

Nowadays there are calls for Britain to adopt a “double summertime” which would involve us being ahead of GMT by one hour during winter and two hours during summer. It is thought that this may help decrease the number of road accidents which occur as a result of dark evenings. It is also estimated that up to 500,000 tonnes of CO2 could be saved each year as a result of lighter evenings meaning less electrical lighting is used.

These campaigns have met with some opposition from farmers and outdoor workers due to the fact that the sun would not rise until as late as 10am in parts of Scotland and Northern Ireland! It does seem like quite a hefty price to pay for enjoying lighter evenings, especially for those of us who are early risers.

A third camp is opposed to both of the above viewpoints, arguing that we should simply do away with changing the clocks altogether by abolishing British Summertime entirely. Adherents of this viewpoint argue that there are no practical gains to be had from adjusting the time bi-anually and suggesting that businesses and schools could simply change their opening hours instead.

What do you think? Should we go with an (admittedly attractive sounding) ‘Double Summertime,’ should we leave things as they are, or should we get rid of British Summertime altogether?