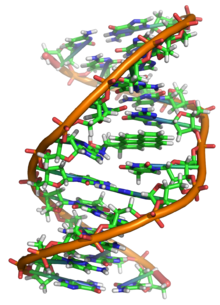 An international team of biologists has discovered something extraordinary while researching the genome of a carnivorous flower named Utricularia gibba. It has incredibly efficient DNA.

In most animals, most DNA doesn't carry any genetic information. In humans, around 98% of our DNA is "junk", that doesn't contain this information. But U. gibba is the other way around -- only 3% of its DNA is junk!

Scientists still don't really know whether this "junk" DNA is of any use to animals, or whether it really is just excess. But plants are way better at clearing it out than we are -- and it looks like this carnivorous plant may be the most effective found so far.

And it's a right odd plant anyway. The U. gibba is an underwater plant with no roots. Instead, it has tiny "bladders" filled with air. If a little swimming creature should chance to brush past one of these bladders, the plant reacts, and swoops in with its "mouth" to swallow them whole!