Coronation Meadows to save wildflowers 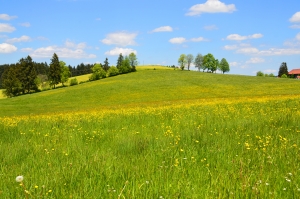 The Prince of Wales is known for schemes which can seem a little bit batty. Though full credit needs to go for the man for being such an ardent environmentalist, coming from a class that haven't traditionally bothered much with such things, his eagerness to foist organic biscuits down the nation's collective throat.

But now he's come up with a scheme which we flower obsessives can certainly get behind. As part of the 60 year  commemoration of the Queen's coronation, a wildflower meadow is to be planted in every county in the UK.

Victoria Chester, chief executive of charity Plantlife, told the Today programme on BBC radio: "The loss of wild flower meadows is absolutely shattering. If this was happening with our woodlands, there would be a national crisis.

"During the war every inch of land was put to use for food production but since then economic and agricultural policies and the drive for cheap food and efficiency has meant the loss of meadows has continued.

"It's something we are all responsible for but His Royal Highness has really taken the initiative and started to turn things around."

"Wild flower medals are critical to our emotional well-being, they lift our hearts and give one hope. They are the iconic beauty of the united kingdom. "

Orchid appears in Jersey after 84 years